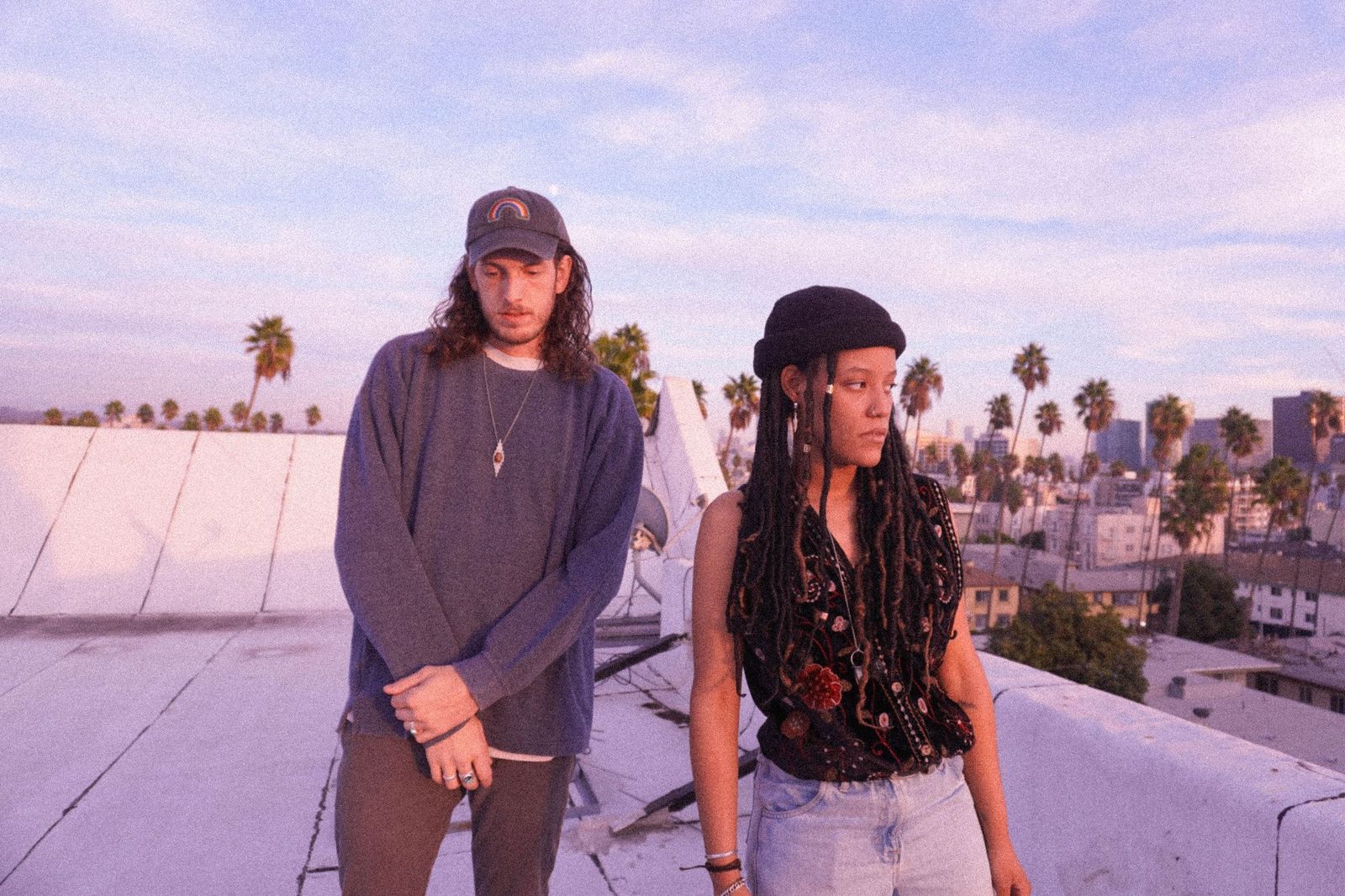 While the psych-pop music of Rania Woodard and Brian Squillace has been reverberating below ground for nearly a half decade, LANNDS has done much to plant the seed to broaden their audience in 2021. Earlier this year, LANNDS’ debut for  Boston-based Run For Cover Records, “In The Garden,” landed on NPR Music’s #NowPlaying blog and earned mentions from big national and international music publications, including Paste and Vanity Fair.

On a new single “HITEM,” the duo returns with more of its potent electronic umami, building a sonic oasis that combines earthy samples with tripped-out atmospherics and transcendentalist lyrics. While “In the Garden” touched on death and rebirth, “HITEM” is an airy safe space for Woodard’s brand of lyrical mysticism.

“Say I’m on your mind the colors seem to fade / Bury me inside your temple I’ll be waiting,” Woodard sings from within an experimental jungle of loops and vocal samples.

“This is a song about meeting someone and trying to be in the present moment even when you know things won’t last,” Woodard said of the song in a press release. “It’s about accepting things as they are with someone you feel like you’ve known before and feeling some sense of nostalgia in that. In some way, it’s also about listening to your intuition and letting things go with the flow and if that means letting go for the time being then that’s what needs to happen.”

The duo also announced that “HITEM” will be included on an upcoming vinyl release of LANNDS’ independently produced lotus EP, which will be shipped out in early 2022.

Dig into LANNDS’ latest auditory refuge via the video above, and stream “HITEM” on your preferred platform below.