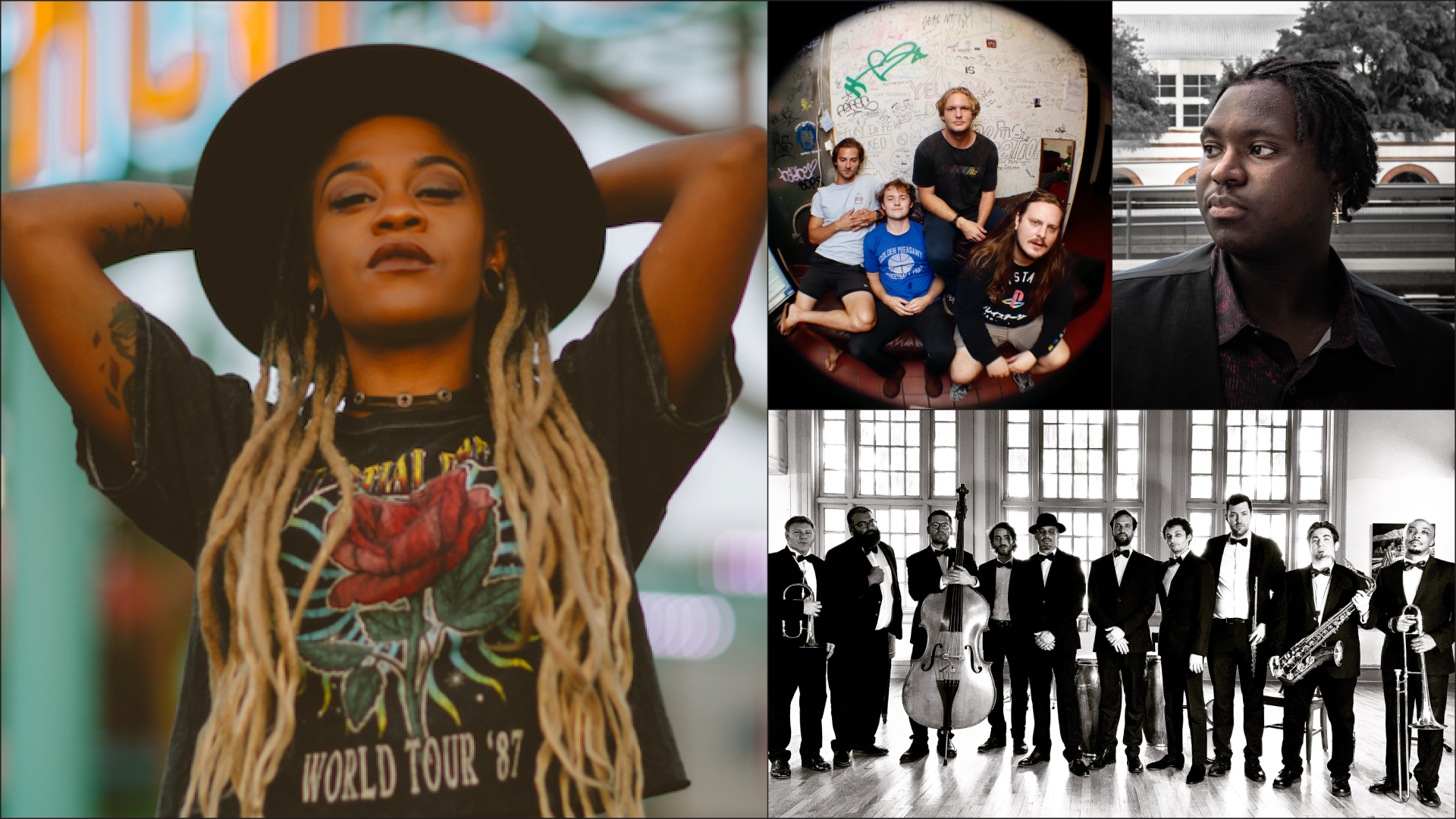 The JME team was busy last week, as new music flooded in from across Northeast Florida. New tracks from indie rock quartet Faze Wave and singular vocalist Niki Dawson perked our ears. And meditative and complex new full-lengths from jazz-scene standout DeAndre Lettsome and ten-piece Afro-Cuban salsa orchestra LPT gave us much to chew on.

Here are the best new releases from Jacksonville artists out right now.

The new nine-song collection, Impetus, proves Jax-based saxophonist DeAndre Lettsome is both a formidable composer and topnotch bandleader. Over the course of 65 minutes, the Jacksonville University grad and Douglas Anderson School of the Arts alumnus struts through original compositions and standards like “Old Fashioned,” as well as a smoothed-out version of Miles Davis’ eerie, contemplative G-major ballad “Blue in Green.”–Read the full review

On a new single appropriately titled “Feelings”, Niki Dawson flexes her singular vocal talent to dispense a laundry list of both lamentations and aspirations, expressing everything from melancholy and angst to cheerfulness and affection. Tracked live during a 2020 performance at Wildcrafters in Riverside, then mastered by Brok Mende at Friends of Friends recording in Springfield, the song finds Dawson backed by a crack band that lays a mid-tempo foundation that dances around a reggae-style keyboard skank. –Read the full review

Popular Jax-based Afro-Cuban salsa ensemble LPT switches gears on its sophomore full-length Se Quema El Mundo (The World Is Burning). Tracks like “Delito,” “Calma El Ruido,” and “El Comodín” use allegorical and blunt lyricism to address greed and unrest, with equally potent and proficient playing by the ten-piece orchestra. “La Villa De Mi Son” is a paean to family and heritage, and “Se Me Perdió” offers levity to the proceedings with its protagonist losing his memory. LPT are surely applauded in their decision to emphatically switch gears and focus more on galvanizing power as much as firing up the dance floor.–Read the full review

“Waiting to Lose” by Faze Wave

Driven by a melancholy guitar lead and vocalist Matthew Flynn’s howling lamentations, “Waiting to Lose” is more akin to the kind of ‘90s alternative rock of Screaming Trees than the band’s previous fare, which tended toward the watery guitar solos, intentionally LoFi production deployed by indie acts of the 2010’s like Real Estate. As it moves towards the hook, and the sound gets bigger, Flynn seems to be searching for something anthemic or arena ready (“Why can’t we be more than friends? / Why can’t we at least pretend tonight?”). And certainly, if you’ve experienced the claustrophobia inherent in a 2021 Faze Wave show, the band’s growing audience is capable of turning any of the group’s tunes into an arena-ready singalong.–Read the full review