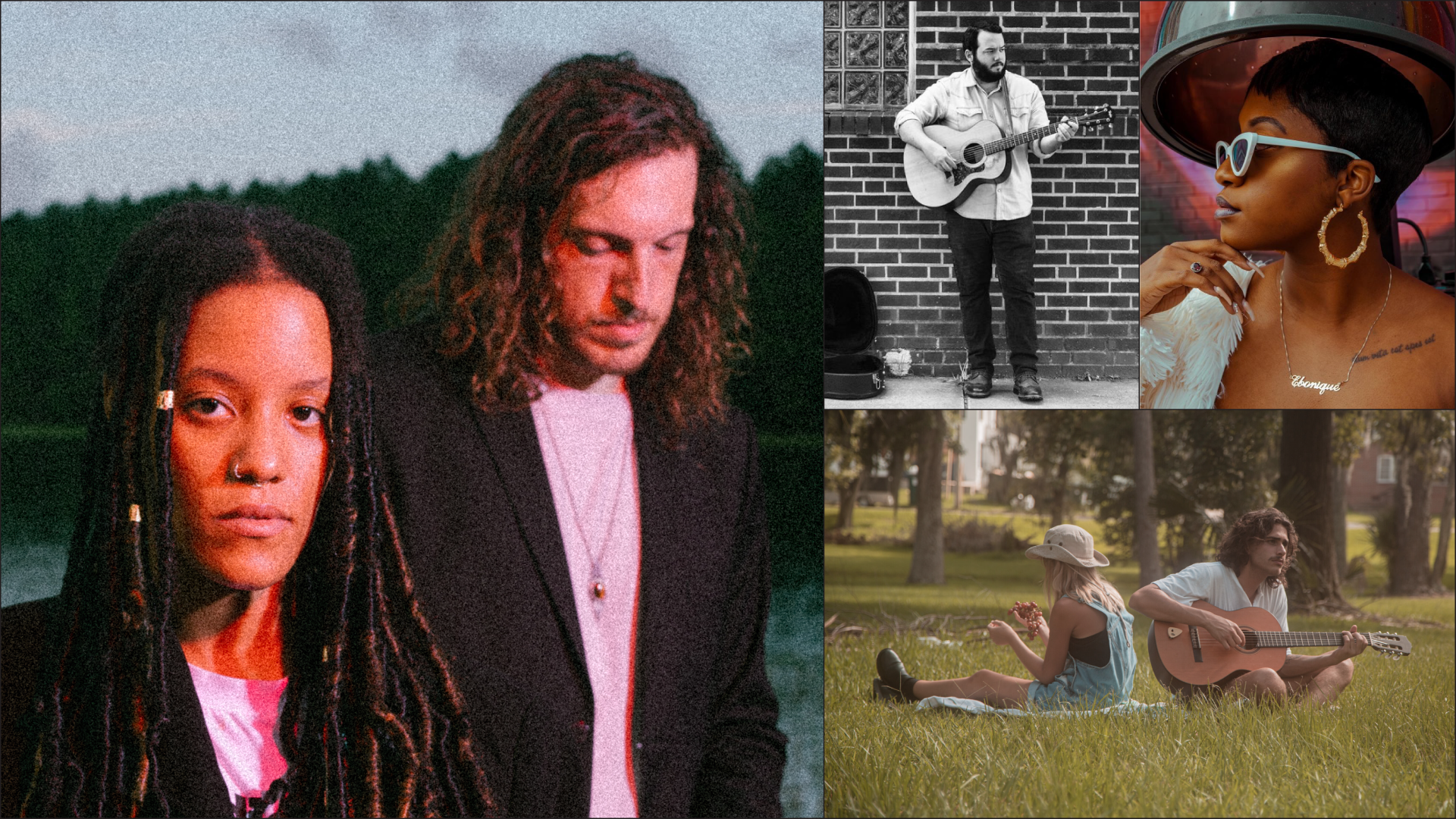 While jazz gets a weekend in the sun with the Jacksonville Jazz Festival kicking off this week, there are several local artists working in myriad genres that also deserve the spotlight.

Here are four great tracks, all from locals, that the JME team put its collective ears on this week.

“In the Garden” by LANNDS

Due in large part to the distinctive and broadly experimental production of their 2020 EP, lotus, as well as the consistent strength of the smattering of singles released in years prior, the psych-infused electronic-pop duo of Rania Woodard and Brian Squillace (AKA LANNDS) organically built the kind of indie buzz that many bands dream of. With “In the Garden”, their first release on the Boston-based Run For Cover Records, LANNDS appears primed for the mainstream success that its devoted following (more than 5,000 monthly listeners on Spotify) always knew the duo deserved. Fertilized with the band’s singular sonic compost (watercolor smears of synths, samples seemingly pulled from a walk in woods and Woodard’s tasty guitar licks and tripped-out lyrics), “In the Garden” is a pulsing-yet-contemplative take on death and rebirth that reaches its climax with an anthemic hook.

Ultra-talented R&B singer-songwriter Ebonique didn’t make us wait long for the follow-up to her 2021 EP Edge Control (the title track of which was singled out by JME contributors as one of the best local songs of the year). The topnotch vocalist returns with the sultry slow jam “B.O.B.”, borrowing a line from Grandmaster Flash’s “The Message” and repurposing it as a rumination on fortitude, resilience and Black entrepreneurship over a warbly G-Funk era synth line and 808s-style beat. While Ebonique warns listeners not “push” her because she’s “close to the edge”, it’s clear she’s an artist pushing herself forward, and arguably about to manifest a breakthrough.

“How Many Bugs” by Teal Peel

The second single from Teal Peel’s forthcoming nine-song collection, finds multi-instrumentalist and producer Taylor Paul Neal waxing existential over languid plucks of a nylon string guitar and an ambient wash of pedal steel compliments of local indie-cowboy Landon Gay (AKA Howdy). “Where did you come from? Where are you going? / It’s not my problem but I just like knowing,” Neal sings, addressing the creepy crawlies that abound in a kind of playful, meandering cadence.–Read the full review

With just his second single, country-folk balladeer Rambler Kane has already displayed a penchant for penning the kind of smart country tunes that are capable of touching on a range of human emotion in simple-yet-profound ways. Featuring Kane’s deft acoustic guitar work, a haunting fiddle and handclaps for aux percussion, “In this Town”, from Kane’s debut self-titled EP (out October 1), imbues a familiar trope––the confinement and insularity of a small town––with the vulnerability of the freshly wounded. Kane plays an album release party at Downtown Jax’s Intuition Ale Works Bier Hall on Friday, October 1.