A highlight of the city's cultural calendar for 40 years 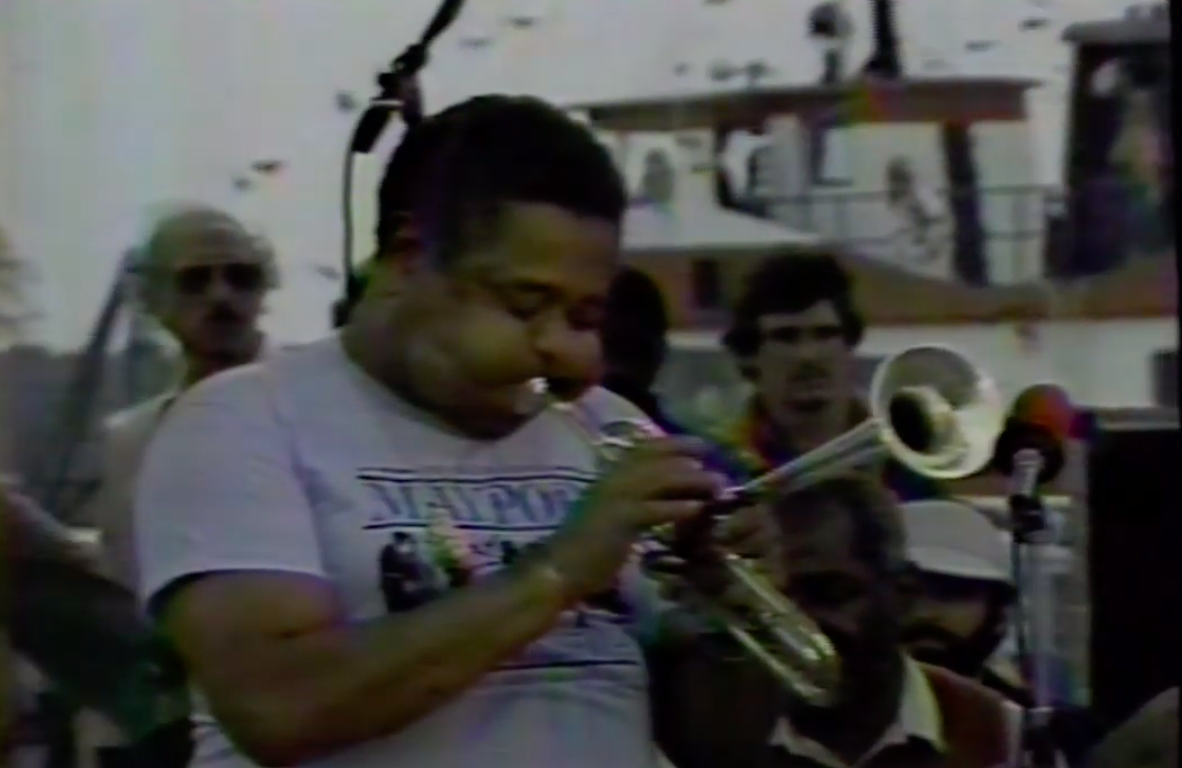 Screen grab of Dizzy Gillespie performing at the Mayport and All That Jazz Festival in 1981.

This year marks 40 years since the Jacksonville Jazz Festival first took place. And the only thing that’s changed more than the festival is the music itself. The name has changed, the dates have changed, and the location has changed––multiple times. One thing that’s never changed, though, is the festival’s status as a highlight of the cultural year in Northeast Florida, as well as a popular draw for tourists and music fans from around the world.

This year’s festival is the first since 2019. Last year’s festival was a casualty of the covid pandemic, and the festival’s fate this year remained unclear until early summer, when the City of Jacksonville confirmed the event for 2021.

COJ’s announcement came after a 2020 that was, in terms of sheer body count, the worst year in modern history for jazz music, with major legends of the genre like Lee Konitz, Wallace Roney, Bucky Pizzarelli and Ellis Marsalis all fallen from covid. (We’ve since lost people like Phil Schaap and George Wein, without whose influence the Jacksonville Jazz Festival likely would never have existed at all.) The entire 2020 concert season was ruined by the pandemic, and the resulting economic pressures forced the closing of iconic jazz venues from coast to coast. Even now, a number of larger festivals were canceled this year, including Coachella, Bonnaroo and the New Orleans Jazz & Heritage Festival.

It’s worth noting that, throughout the 1980s and into the ‘90s, the Jacksonville Jazz Festival was not only a commercial success, but ranked among the top festivals in America, in terms of critical acclaim. The ‘80s was a time of rebirth for the genre. As mass media leaned on the aesthetic of jazz to strike nostalgic tones on TV and in film (as seen most notably in the work of Spike Lee), the release of classic albums on compact disc helped introduce these classic recordings to a whole new generation of listeners, including me, and also probably you.

This is the larger cultural context in which our festival debuted on October 24, 1980. It was initially known as Mayport and All That Jazz (a reference to the musical “Chicago”, which had just premiered a few years earlier), before moving to Metropolitan Park in 1981. Our first headliner was trumpet gawd Dizzy Gillespie, who made Jacksonville’s festival an annual tradition for a few years. Virtually every major jazz figure of the era performed in Jacksonville at least once.

Electro Lounge host David Luckin was just a fan when he attended his first festival in 1982. Today, as the station manager at WJCT and contributor to the Jacksonville Music Experience, Luckin is putting the focus on jazz on-air, all weekend. “We’ll be jazzin’ the playlist of our Electro Lounge Radio station (89.9 HD4) and WJCT APP to all Jazz from all genres and styles, new and old, starting Friday at midnight and running through Sunday at midnight,” Luckin told me. “We’ll also showcase some special Jazz programming this week on JAX-PBS TV.”

It is, to some extent, a return to form for WJCT, which was the festival’s primary fundraiser from 1985 until they withdrew in 2000. As a result, there was no festival at all in 2001 and 2002, and when it returned in 2003, it had changed dramatically to assume the form we’re familiar with today. Metro Park was the festival’s home base for two decades, but eventually a change was made that actually worked out pretty well. Moving the festival into the streets of downtown was a massive boon for local businesses, and it helped show off the area to visitors. Of course, it’s been 20 years since that change, and downtown looks a lot different (and a lot better) than it did back then, and the event’s shifting stages reflect that evolution.

Throughout the 1980s and into the ‘90s, the Jacksonville Jazz Festival was not only a commercial success, but ranked among the top festivals in America, in terms of critical acclaim.

The 2021 festival takes place on two main stages. The Groovin’ Stage is on the site of the Duval County Courthouse, which worked really well in 2019. The Swingin’ Stage is located at Riverfront Park, formerly the site of the Jacksonville Landing, which did itself host elements of the festival, for years. The festival also includes the Jazz Piano Competition on Wednesday night, a Jazz Clinic at Douglas Anderson School of the Arts on Friday afternoon, another Jazz Clinic at The Ritz on Saturday morning and the Sacred Jazz Brunch at the former Omni Hotel on Sunday morning.

The Let’s Ride Brass Band will be leading a New Orleans-style Second Line Parade on Saturday afternoon, and the John Lumpkin Trio leads the Jam Session on Saturday night. “Jazz has a life of its own in late night jam sessions and jazz musicians have been jamming after hours for a century,” says Luckin. “It’s a chance for musicians to let go and improvise and take the listeners along for a joyful ride into uncharted territory. This makes Jazz Fest After Dark pretty important.”

A critical component of the festival in recent years has been Jazz Fest After Dark, the brainchild of legendary local promoter Jason Lewis. This expands the festival’s scope, both in terms of size and duration, as the city’s downtown night spots keep the party going, long after the day’s official festival business is concluded. These events also put a spotlight on some of the local talents who’ve helped make this scene into a machine. Highlights include the Raisin Cake Orchestra at The Volstead on Friday night, as well as Longineu Parsons, who’ll be playing at Justice Pub at the same time.

For 40 years, each festival has been a little bit different. But, taken collectively, they represent a major component of the cultural heritage of Northeast Florida. This year’s festival, the first in two years, will be the first for a lot of people, but for most of us, this became an annual tradition many years ago. And the beat goes on…

For more information on the Jacksonville Jazz Festival go to jacksonvillejazzfest.com.