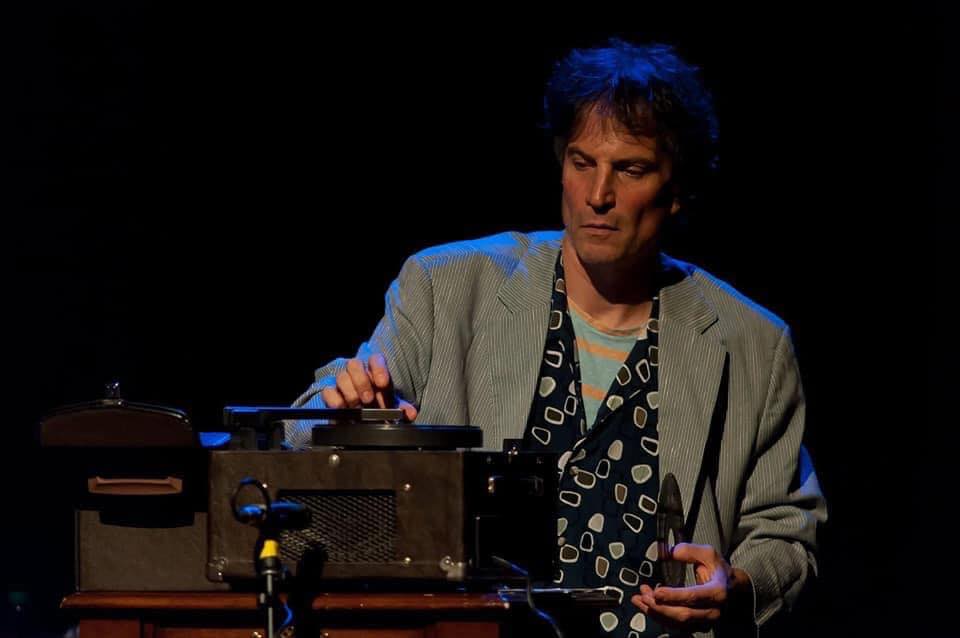 Jacksonville’s creative community lost an integral, if not low-key, impresario this week.

If you’ve been to a concert in Northeast Florida and seen a band that surprised you, or if you bought tickets to a show and thought, “Wow, I can’t believe this artist is coming to Jacksonville,” it’s likely that Tib Miller booked it. For nearly 25 years, working under the banner of Flying Saucer Presents, Miller was responsible for putting on hundreds of shows at nearly every venue — large and small — on the First Coast.

Miller died on Tuesday after a private battle with cancer. He was 59.

A humble and relaxed presence, if you showed up early enough to a Flying Saucer show, you may have caught a glimpse of the stylishly-dressed Miller spinning 45’s from his extensive collection of soul, blues and jazz rarities. Though his name may not have been well-known to the majority of the thousands who attended his shows over the last two decades, Miller was a revered figure in the local music community, having brought countless performers — both mainstream and left-of-field — to the area. From Sun Ra Arkestra to Taj Mahal, Wilco, The B-52’s, Link Wray, Jimmy Cliff, Mavis Staples, Bela Fleck, and so on, Miller’s musical tastes were as unimpeachable as they were far ranging.

Even when not well-attended, Miller’s shows never disappointed. In the last year, for example, he brought emerging artists like Laney Jones and Buffalo Nichols — fresh off a performance on syndicated late-night television — for intimate shows in front of two-dozen people, or less. Meanwhile the majority of his shows at Blue Jay Listening Room, the Ponte Vedra Concert Hall, Intuition Ale Works, the St. Augustine Amphitheatre, etc. consistently sold out, or came close to it. Miller was also integral in securing the lineups for St. Augustine’s Sing Out Loud festival and the Fort Mose Jazz and Blues Series.

Miller launched Flying Saucer Presents in 1998, shortly after moving to Jacksonville from the Northeast. A lifelong record collector with an insatiable curiosity for both discovering and sharing music, Miller decided to start booking bands at area venues after a short-lived run showcasing his eclectic tastes as a DJ on Jacksonville University’s WFIN radio station. In a 2012 profile in Folio Weekly, Miller told writer Nick McGregor, “I realized that if something was going to happen in Jacksonville with these artists I loved, I was going to have to do it.”

There were hits and misses — financially speaking — for Flying Saucer. But Miller embraced the challenge of bringing world-class and under-the-radar talent to a city that’s often overlooked by booking agents, telling Folio in 2012, “The business disasters are often the grandest artistic successes. I’m no stranger to beautiful disasters.”

No doubt Miller’s legacy will live on through the venues whose audiences he helped cultivate with his broad-ranging programming and the hundreds of artists who, because Miller brought them here to begin with, have made Jacksonville a regular stop on their tour itineraries.

Meanwhile, there are currently more than a dozen Flying Saucer concerts scheduled for 2022 and 2023. Among the notables: Georgia alt-country band Futurebirds at Intuition on December 3, bluegrass ace Ricky Skaggs at the Ponte Vedra Concert Hall on January 20, pioneering Americana artist Steve Forbert at Blue Jay Listening Room on January 27, and, fittingly, a band that was somewhat of a white whale for Miller during his time as an area talent buyer, the wildly popular Scottish indie-pop band Belle and Sebastian will play the Backyard Stage at The Amp in May of 2023.

Miller’s daughter, Pepper, will be taking over future Flying Saucer promotions. Tickets and more information can be found on Flying Saucer’s website.

Below, members of Northeast Florida’s arts and culture community remember Tib Miller. And keep scrolling for the complete list — nearly-500-artists long — of all the performers Miller brought to Northeast Florida.

“Tib was a genuine believer that music can change the world. He certainly had his own opinions, but his work was never about him, or his brand, or his ego. He did what he did because he loved it and he loved music. I grew up waiting for Flying Saucer shows to be announced, he took risks on underground artists I wanted to see but that nobody else would take a chance on. The first time we met in person was during a show we collaborated on. He was wearing a silk shirt, an ascot, and had a suitcase of 45’s ready to go. He listened as much as he talked and he always had his ear to the ground for new talent and inspiration.”—Glenn Michael Van Dyke, musician and promoter, Winterland Presents

“Tib Miller was my Yoda. Blue Jay [Listening Room] would not be what it is today without his guidance. He brought artists to my venue that I never could have imagined having the privilege to host. He was a bright, beautifully honest light in my life — like a super hip, vintage lamp made of shiny leather with a red-paisley fabric shade.”—Cara Murphy, owner/operator, Blue Jay Listening Room

“Tib and I bonded over our passion for live music and disdain for ‘corporate’ music and venues.  I thought I had a deep knowledge of music, but then I met Tib, who was a walking encyclopedia! His love and respect for music and musicians is what made him a great promoter. Everyone loved working with him, from national artists from all over the country as well as local artists. If you’ve been to a great concert in Jacksonville or Saint Augustine in the past decade or more, chances are it was because Tib brought the artist here.”—Liz McCoy, Executive Director, James Weldon Johnson Park; Former Director, Times-Union Center for the Performing Arts and the Ritz Theatre and Museum.

“Tib’s contribution to North Florida’s musical scene is immeasurable. He especially enjoyed hosting acts who had never visited the area before, knowing that they’d love it here and keep coming back in the future. He took immense pride in the little details. Everything from the cookies in the green room, to the lighting at the venue, to the old-45 records he’d play on stage before each show. He understood that these were the touches that made a night special for everyone. He was a visionary and a pioneer. He had a singular sense of fashion and had his own immovable ethical code that informed every move he made in life.”—Brad Lange, COO, Intuition Ale Works

“Tib was a force of nature that truly changed the music and cultural landscape of Northeast Florida forever. Tib cared more about doing what is right and what is true and pure to the art of music than anyone I have ever met.”–Ryan Murphy, General Manager, Orion Amphitheatre; Former General Manager, St. Augustine Amphitheatre

“Promoting concerts in this area is a stressful, thankless task, but Tib did it for years with more passion than almost anyone. He cared very much about the artists he booked, and the fans who supported their work. He was probably the first person to really make optimal use of the St. Augustine Amphitheatre and Ponte Vedra Concert Hall. All they have accomplished in recent years is built on the firm foundation that he helped build. He gave this community everything he had, until he had nothing left to give, and then kept giving. As artists, writers, musicians and fans, all of our lives have been greatly enriched because of his work.”—Shelton Hull, journalist

“Tib was an original in a city of homogenized things. We shared a love of music; that was our bond. We both loved New Orleans, and its music. We listened to the same bands, and the fact is he brought many to Jacksonville knowing full well he was going to lose money booking them. He brought them here for the eccentrics and himself.”–Neil Armingeon, former St. Johns Riverkeeper

“While it might seem trite or even sappy, Tib’s role as an impresario was more of that of a musical conductor than mere promoter: he essentially worked with local venues as his instrument and like the edgier musicians who brought to the area, he took risks. For a devoted family man, these were certain financial leaps of faith. While an Elvis Costello and Wilco gig would surely put him financially in the black, profits from a surefire success would trickle down to bring in the esoteric artists that Tib loved and championed, musicians like Link Wray, Dan Hicks & the Hot Licks, Eugene Chadbourne, and Ramblin’ Jack Elliot; to name just a few of the hundreds of touring and local musicians that he brought to the stage. Tib Miller’s loss will be felt most by those who knew him but will surely be felt in absentia: in some ways a  legacy watching from the wings of a community and music scene that Tib indelibly changed and improved.–Daniel A. Brown, musician and journalist