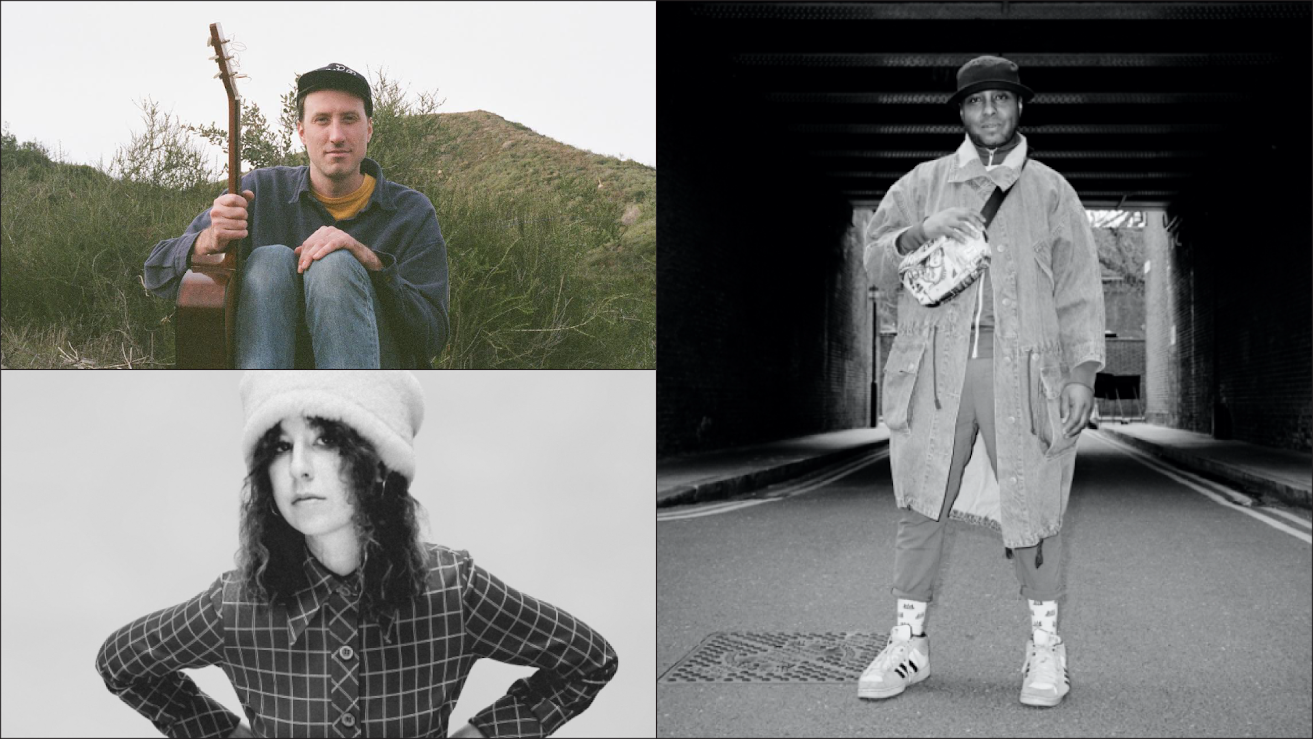 “Breathe Suite A” by Ben Marc

Breathe Suite EP, the latest release from London composer and multi-instrumentalist Ben Marc, is a sprawling four-track collection that’s overflowing with motivic ambition. EP opener “Breathe Suite A” features layers of strings, a shimmering harp, lyrics and guest vocals by MidnightRoba and a chorus of children’s voices introducing the mantra that’s repeated throughout the album (“​​I’ll raise my voice / You raise your hand / I’ll hold the truth / Until you understand”). The song, which Marc began writing at the beginning of the pandemic, and extended upon after the murder of George Floyd, is a sonically and thematically challenging piece of music––though that hasn’t disqualified it from proliferating through playlists and non-commercial radio play. On the contrary, when he was making Breathe Suite EP, Marc hoped that the intentionally meditative collection would serve as respite for listeners during incessantly chaotic times. He’s certainly succeeded with “Breathe Suite A,” an arresting and celestial track that’s also an enjoyable challenge for the curious ear.–Matthew Shaw

-Stream “Breathe Suite A” on Spotify

From the mind of Holly Findlay, the bass player for Australian stoner-rock band Stonefield, comes SPUD, a synth-alt-pop project Findlay recorded in her bedroom. The single “Spend” is an instrumental wormhole of syncopation that challenges modern notions of pop-music with whirly drone sounds that ring familiar, even though they were entirely invented by knob turning. On “SPEND,” SPUD is more closely aligned with Mothers of Invention than ABBA. Kicking off with a nearly subliminal vocal sample that posits, “Let’s talk about spending money,”  the song spirals into a phrenetic concoction of flyaway blips and blops. Grounded by a driving march from a full drum kit, “Spend” explores distant scales from an alternating saxophone-bagpipe combination and myriad other synth patches. With all the happenings throughout the track, the song rests atop a nearly constant drone; perhaps a reminder that despite the shiny toppings, the inevitable bass line is always spending.–Glenn Michal Van Dyke

“On The Nose” by Ryan Pollie

Los Angeles songwriter Ryan Pollie steers through light-hearted nostalgia on “On The Nose,” a single from his album, Stars, which came out in December on Forged Artifacts. “On The Nose” is a road trip through your best memories on a warm summer day, your ears serving as the hand surfing upon the air blowing just outside an open window. Pollie’s upbeat guitar tone and laid back vocal delivery are reminiscent of the indie-pop fare of the 2010s decorated with a bit of Workingman’s Dead-era folky goodness. Clear and relatable lyrics (“I’ve been looking for a dime or dozen reasons to get old / I’m never gettin’ old again… I met my baby on the road / I’m never going home again”) make “On The Nose” evocative to yearning Millennials who may be questioning their choice to settle into that nine-to-five. Pollie’s ditty knocks about eight years off your life in nearly four minutes––a sonic fountain of youth.–Rain Henderson

-Stream “On The Nose” on Spotify