By Josué A. Cruz 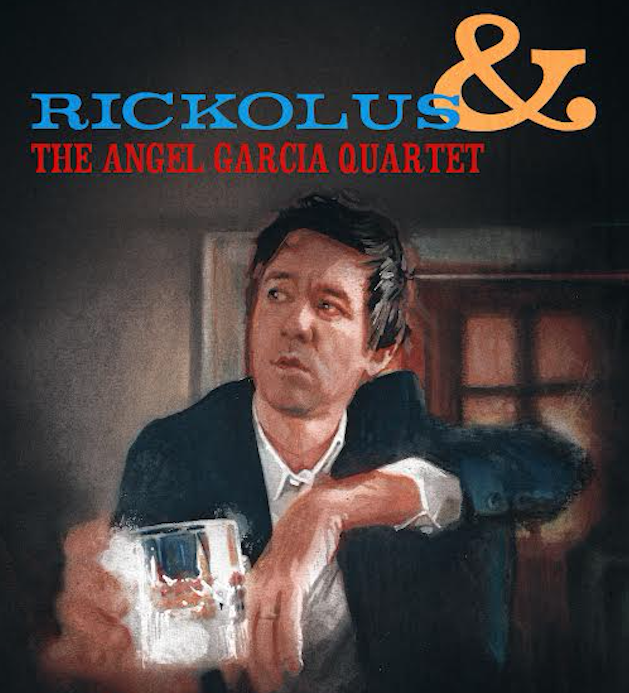 Two guys walk into a bar. One is Jacksonville’s most enduring songwriter. The other is a multi-instrumentalist and composer involved in an eclectic list of musical projects.

There’s no punchline to this setup. It’s the origin story for an intriguing collaboration between two of the city’s most-respected musicians: Rick Colado and Ángel García.

Under the moniker rickoLus, Colado has stacked more than a decade’s worth of material. Prior to the pandemic pause, rickoLus was planning a tour in support of his latest full-length, Bones, a sprawling work of jangly piano ballads and indie-rock bops written about his years growing up in Jacksonville Beach.

Looking to replenish some of the lost touring income, rickoLus found himself behind the bar at Intuition Ale Works, where reconnected with Ángel García. Known more recently for his work with Afro-Cuban salsa outfit LPT, García was also smarting from the loss of work during the global shutdown (like rickoLus, LPT had plans to tour new music, including the group’s latest Se Quema El Mundo).

The pair were longtime friends and the conversations behind the bar quickly moved to music, albeit with zero dose of urgency, considering the world was waiting to come back online. Yet, the seeds of an idea for García to expand on some of rickoLus’ original material bloomed quickly and effortlessly.

“I’ve admired Rick’s songwriting for years and this is almost more like reimagining his songs in a live open quartet format.”

I recently sat down with García and Colado and asked them about their collaboration.

OK. Let’s chat about the project. First off, what is the name of the project?

Colado: The project is just rickoLus and ÁngelGarcía Quartet, but that’s just the name because that’s who is on stage.

García: I’ve known Rick on the scene here for a long time and I’ve always been a fan of his voice and songwriting. So, all of a sudden, we started working together at [Intuition Ale Works] and we started talking about playing music together.

Colado: Yeah, I think I was asking you about piano practice tips or something and then the conversation moved to “Hey, let’s work together” rather quickly.

Wait. Wait. How did the project come about? was going to be my next question.

Colado: Sorry. Sorry. OK, so there was some private party at the brewery and this older guy in a Hawaiian shirt came up to Ángel and said “Hey you look, like, musical. Do you sing?” and Ángel was like “Nope. That guy does,” pointing at me. The guy offers me $20 to sing a song to a young couple. He asked me to sing some Sinatra, which made me happy because it was in my repertoire. So, I made $20 in thirty seconds.

Later that night, knowing that Ángel can play just about anything, having seen him in LPT and other projects, and I knew his range was so much bigger than mine, I asked him if he’d be interested in the idea of playing piano while I sang, and he was into it.

Right on, but is the project a departure from or an augmentation of the rickoLus music you had been doing for years?

Colado: Angel has enhanced the songs I’ve written. I’m giddy with excitement that he’s into it.

García: It’s a total augmentation of Rick’s songs. I’ve admired his songwriting for years and this is almost more like reimagining his songs in a live open quartet format. Rick has an awesome catalogue of original tunes and solid covers.

So these are all rickoLus songs reimagined?

Colado: I’d say 70% of the songs we’re playing are original songs. We’re leaning on the originals to carry the shows.

I caught the first show you guys did with this project at the Blue Jay Listening Room back in August. How many shows have you done since then?

Colado: Well, we’ve done very few shows with the quartet, but Ángel and I have done a few more just us two, as well. We did some shows up in Nashville that was just us two and I feel like it was the best show I’ve ever had in Nashville, which is a notoriously tough town to get into because everybody is in the business there. You have to bring your A-game there and that A-game was playing with Ángel.

García: For me it sounded fun to work on good, accessible music. And to bring in Juan, Stan and Stefan is also what excited me. I mean, taking these great songs and throwing them in front of these guys has been awesome to watch. We’re all having such a great time moving around this music.

Colado: Yeah, this project is naturally doing things that we didn’t expect. Collaborations should be this easy and natural. It’s following the path of least resistance. When it feels like it’s supposed to work, you just have to let it do its thing. I feel like we’re just starting to really unveil where this collaboration can go.

The Ángel Garcia Quartet is full of heavy hitters. Did you purposefully go after these specific guys to be a part of this or did they simply happen to be available?

García: They were definitely the guys that I wanted in on this. It is not random at all. I feel fortunate that they would make the time to play with Rick and me. They are also great friends, so it feels great to get together and play.

You’re adding strings to your next performance. Whose idea was it to expand the sound to include strings?

rickoLus: I’ve always been a fan of a big string sound. I like a lot of classical music and just bringing in this element to our songs is exciting. I approached [The Good Luck Trio] and asked if they would be interested in working on some stuff together and they were into it. So, from there I asked Ángel if he’d be willing to write parts for the strings.

García: I got a chance to write for violin, viola and cello and you know me, I love a big band.