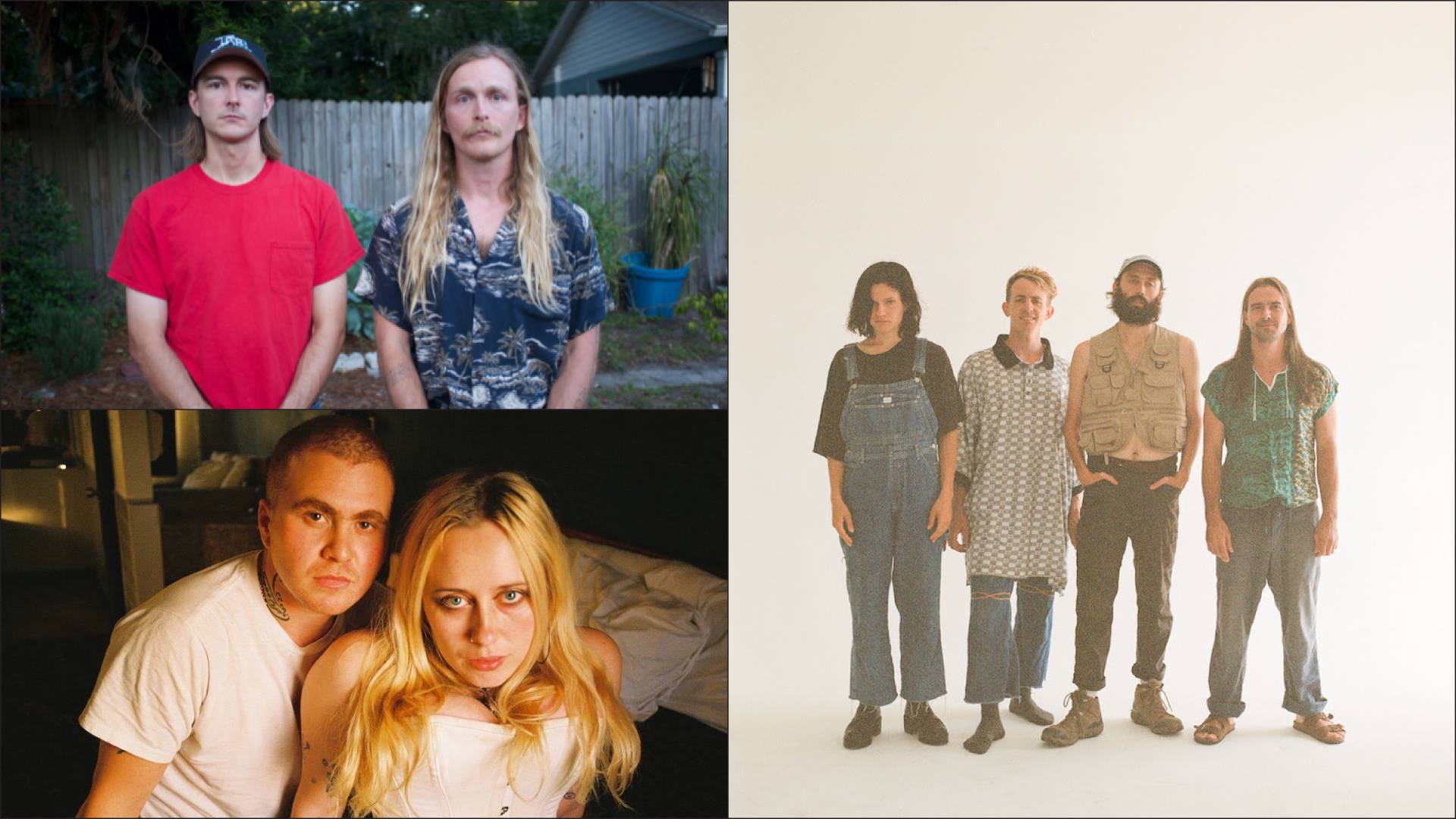 Harmony Tividad, half of the inseparable duo known as Girlpool, lets her journal entries take flight on the band’s new single “Faultline.” With unvarnished vulnerability, Girlpool continues to deconstruct society’s transitions, as well as their own, often reflecting the meta-nature of the growing digital age they birthed their music into. Tividad defines faultline as “everything you do as a means of escape that pushes you further into the very thing you’re escaping.” Through their evolution of sound rooted in bedroom-punk, Girpool proves change is inevitable and necessary when navigating the synchronicities of the day-to-day. “Every week keeps slipping by / In this imitation paradise,” Tividad and Avery Tucker harmonize on “Faultline.” Floating in-and-out of music genres for the last seven years, it seems Girlpool have landed on a hazy cloud lined with crystals and stuffed animals floating just above an L.A. convenience store––the perfect place for this dream-pop tune.–Rain Henderson

“What Has Happened” by Tonstartssbandht

Known for their intertwined jams that introduce lo-fi slacker sounds to the world of spontaneous improvisation, the music of Orlando’s Tonstartssbandht has been designated by many a music publication as noise psych, a label that often doubles as a warning and a glistening beacon of otherness. It’s a categorization that doesn’t quite encapsulate the multitudes the duo presents on their latest full-length, Petunia, their 18th album (out now on Mexican Summer). An obvious comparison is The Grateful Dead’s American Beauty which similarly wrangled a meandering and challenging musical brilliance into something more easily consumed in a recorded format. “What Has Happened,” the third track on the album opens with arpeggiated synth, a twist of sonic flavor for the jam band trope. Fused with a melancholic tinge that seeps through the timbre into lines like “staring every second, minute, hour slipping by / until your gaze is fully dry / can’t catch a break to even cry” the choral vocals come across like a concession of power. The whole album is sad and beautiful, an honest exploration into the throes of depression and an arresting contemplation of mortality and what it means to be alive.–Glenn Michael Van Dyke

Though they’ve yet to officially release their hotly-anticipated full-length Dragon New Warm Mountain I Believe In You, Brooklyn indie quartet Big Thief had one of the more notable 2021’s, building buzz by adhering to the drip-drip single-drop strategy du jour. Those interested can listen to nearly half of the album’s 20 songs, including the rootsy, jaw-harp driven “Spud Infinity,” which the band released in late December. “Kiss your body up and down other than your elbows / Cause as for your elbows they’re on their own,” sings vocalist Adrianne Lenker on one of the tune’s many playful verses. The quartet expands throughout the new record, with Lenker’s younger brother Noah adding the aforementioned jaw harp, and lo-fi indie-folk maestro Mat Davidson filling in on fiddle on “Spud.” It’s a charming and timeless tune, adventurous in its simplicity. And yet another indication of Big Thief’s ability to mine the most endearing and relatable aspects of Americana to explore the tumultuous and confusing present.–Matthew Shaw