The Tables Have Turned on Vinyl

Jacksonville musicians, labels and manufacturers embrace vinyl’s renewed popularity; if only they could get their records on press 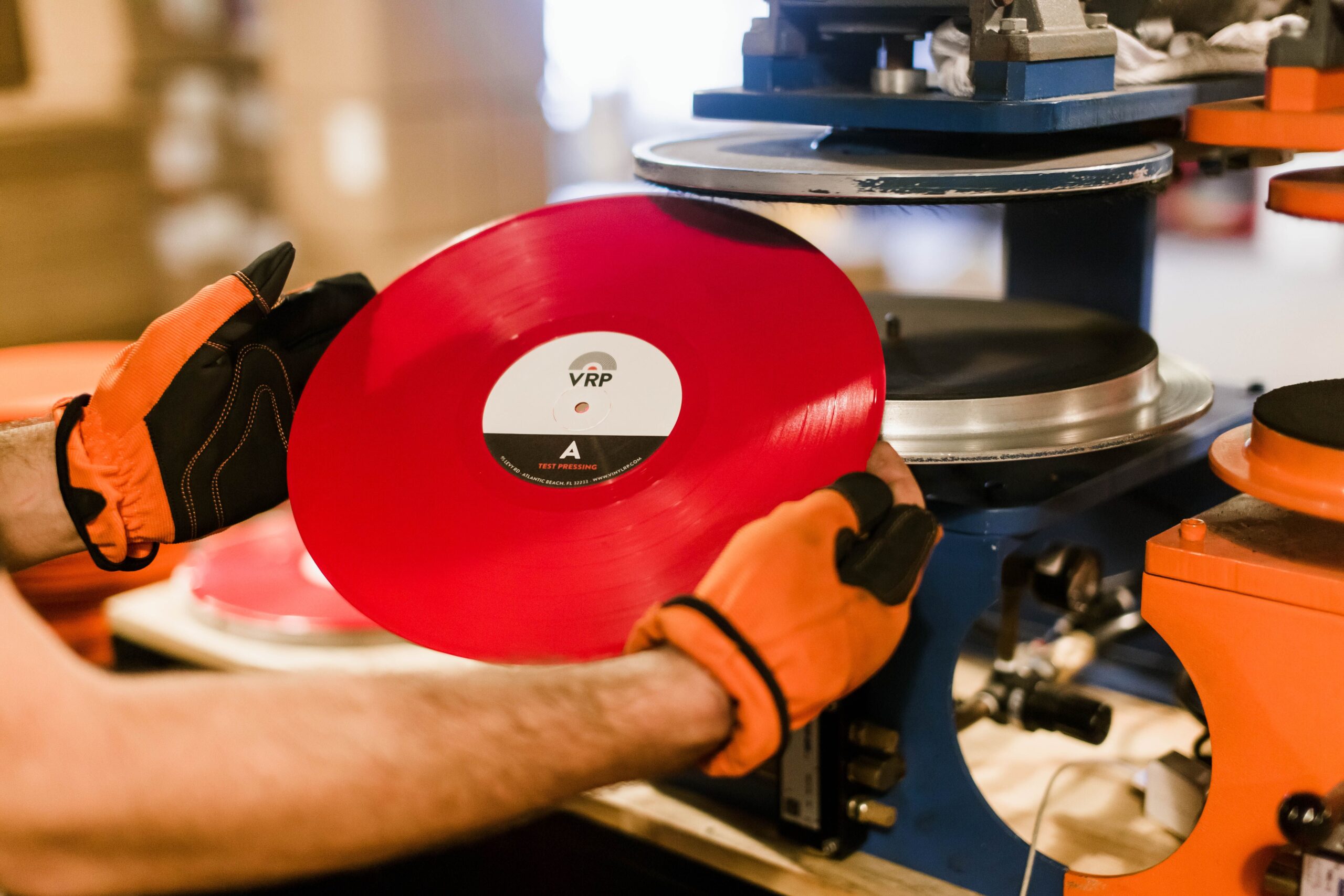 The music of LPT is tailor made for vinyl. The Jacksonville-based ten piece performs original son cubano, salsa dura and salsa romántica, mambo, cha-cha-cha and other styles of Afro-Cuban Salsa, a fusion of sounds which, when introduced by Cuban and Puerto Rican musicians in New York in the 1970s, was distributed widely on vinyl records––the preferred format of the day.

The vinyl version of LPT’s debut full-length, January 2020’s Sin Parar, is nearly sold out; long ago purchased at the band’s shows and shipped out to record stores and individual consumers in more than a dozen countries. The group released its follow-up, Se Quema El Mundo, in October of 2021. But though it’s available for streaming, Se Quema El Mundo has yet to be pressed to wax.

“The lead time for our first album, Sin Parar, was upwards of about 10-12 weeks in 2019, which at the time felt like an eternity,” says LPT frontperson and co-songwriter Josué Cruz [Cruz is also a contributor to the Jacksonville Music Experience]. “For our new album it was more like 18-20 weeks and that’s considered fast these days.”

Across the country, artists are being told something similar, or worse. LPT submitted their album to be pressed to vinyl months ago. For many artists submitting their work now, even if they get all their assets in––master recordings, album artwork, etc.––they shouldn’t expect to have their record on press for six to eight months.

The holdup? An amalgamation of factors––a shortage of raw materials, lack of production capacity and a sharp increase in the demand for vinyl records. In effect, it’s a classic Econ-101-type supply-and-demand equation: fundamental shifts in the ways in which people consume music, as well as the ways in which artists make money from their music, were exacerbated by the pandemic. Throw in a disaster (Apollo Masters Corp., the only U.S.-based manufacturer of lacquer disks used for pressing vinyl masters, burned down in February of 2020) and you have artists, like LPT, waiting twice as long (or longer) to get their records pressed than they did just a year ago.

“We’ve had to divorce the vinyl from all release strategies,” says Cruz about how the extraneous wait times have affected his band. “Not having physical material on hand as an anchor of your release makes it very difficult to project income and budget expenses. Touring a record without a physical record is a nightmare.”

In the first half of 2021, sales of vinyl records doubled over the same period in the year prior to the pandemic, generating nearly $500 million in revenue for retailers, which was more than double the amount earned from CDs, according to the New York Times. And while indie artists and the dwindling number of physical record stores had cornered the market for vinyl over the last decade or so, major-label artists like Taylor Swift, Olivia Rodrigo and Adele now sell vinyl versions of their albums at Target and Walmart. Adele’s reported order of 500,000 copies of her hotly anticipated new album 30, has put even more stress on the estimated two- to three-dozen vinyl record pressing plants in the United States.

“When we first opened, our turn times were around eight weeks, and that was just a matter of gathering all of the assets required to do the run. Now, turn times are definitely extended, just from sheer demand.”

For artists like Adele (and her label: Columbia UK), who rake in a majority of the dollars paid out by streaming platforms like Spotify, vinyl sales are just a sliver of overall revenue. For up-and-coming artists, and small independent labels who earn very little from streaming, though, sales of vinyl can be crucial to their viability.

“As an artist who has toured with and without vinyl, there is a significant difference in paycheck at the end of a tour without it,” says Jax-based musician and producer Glenn Michael Van Dyke [Van Dyke is also a contributor to JME]. “For the artist, [a vinyl record] is a visual representation of the work they’ve created and for fans it’s a window into their favorite bands. In a world of streaming, a physical record represents a tangible opportunity to directly support artists and it works because it’s not a cheap trick. It’s heavy, feels good to hold, and is arguably the highest quality in which you can experience recorded music.”

“As a label that seeks to elevate up-and-coming artists, our business model relies heavily on the bands touring,” she says of the economics of a small label. “With bands not on the road gaining fans it’s tougher to sell records.”

Now, as the queues for vinyl manufacturing grow longer and longer, independent labels and smaller artists have been pushed to the back of the line.

“We’ve basically had to put a hold on any plans to release music on vinyl,” says Van Dyke, whose label is currently sitting on several recordings that she says she would love to press to wax. “With all the delays it might be a year until we can get something pressed.”

Jonathan Grant Berlin, who owns Vinyl Record Pressing [VRP], a record manufacturer in Atlantic Beach, has seen the demand for VRP’s services grow steadily since he started producing vinyl records six years ago. Used to fulfilling orders of less than 10,000 units, VRP has been challenged by the new paradigm in vinyl.

“When we first opened, our turn[around] times were around eight weeks, and that was just a matter of gathering all of the assets required to do the run,” Berlin says of how long it typically takes to get a record made. “Now, turn [around] times are definitely extended, just from sheer demand.”

Used to working with local, regional and national independent artists or bands on smaller labels, since the pandemic Berlin says he’s been contacted to press large runs for artists on major labels. “Given the nature and size of our boutique facility, it is hard for us to take on very large orders. However, I’ve yet to tell anyone ‘no.’ I just communicate timelines and if everyone is happy, then we move forward. It’s not always a fit.”

Berlin still believes vinyl to be a good investment for independent artists, arguing that a shift in expectations for turnaround time and an emphasis on long-term planning are simple adjustments that artists can make.

Movements to make streaming revenue more equitable have failed to gain traction. And though artists are again hitting the road, earning performance guarantees that constitute perhaps the biggest piece of the revenue pie for smaller artists, many are doing so without a new vinyl record to hawk at their merch tables.

It could be easy to blame Adele for the disruption. But as Van Dyke points out, a 20th Anniversary edition of Nirvana’s Nevermind certainly bears some of the responsibility for the record press logjam.

“Part of me is thrilled that vinyl has become the preferred physical format for music consumption,” she says. “But what started as a way for independent artists and record stores to carve out space for themselves, has turned into major labels and distributors hogging all of the resources.”

For now, Jacksonville’s musicians, labels and manufacturers are all in on vinyl; if only they can get their records on press.