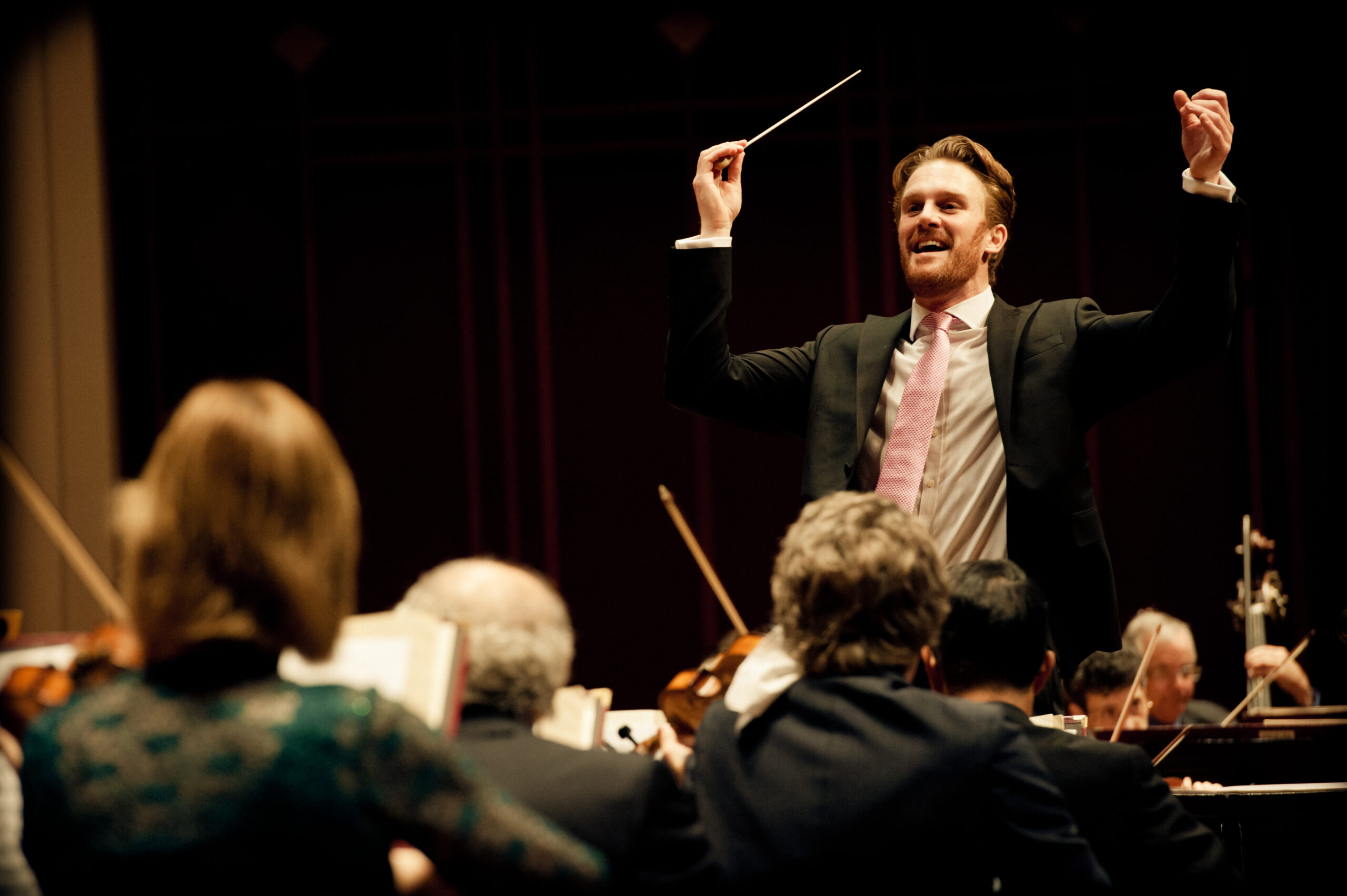 “Symphony in 60” is the latest initiative by the Jacksonville Symphony, which under the leadership of Music Director Courtney Lewis has been putting an increased emphasis on accessibility over the last few years. Those efforts have paid off well.

Conditions were far from ideal for classical music institutions like the Jacksonville Symphony even before the pandemic applied near-lethal financial pressure to more than a few such organizations across the country. Jacksonville’s symphony was shelved for months in 2020, and then returned to deal with covid protocols that reduced the number of available seats and forced members and audience to watch the entire show in masks, conditions that largely still apply today.

However, things could have been much worse. Ultimately, deep reserves of goodwill that the Jacksonville Symphony established in the community over the course of several decades, a process of public outreach that Lewis had taken to a new level during his six years with the baton, put them on solid ground to reemerge from their pandemic slumber. About 20% of concert-goers are season-ticket holders, which makes for a solid base to build upon. The other metric is even more compelling: So far this season, approximately 30% of attendees are first-time ticket buyers.

“It is hugely important to keep things fresh, both for the audience, and for the orchestra.”

Classical music has historically been viewed as an art form that catered exclusively to an older, wealthier clientele, underwritten by large corporations and mostly attended by local power brokers in the cities they serve. All of that is also true, here in Jacksonville, but there’s much more to their story. If you’ve been to a Jacksonville Symphony concert of late, you likely saw many young faces, and a lot of people who are well outside what we would normally think of as the core classical demographic. This is no accident.

“Introducing something new is always challenging because patrons don’t know what to expect,” says Lewis, “and it takes time to build an audience. Today, we find that our patrons are excited to experience music in Jacoby Symphony Hall in a new intimate way.”

Five of the 11 programs presented this season feature compositions never performed by the Jax Symphony before. “It is hugely important to keep things fresh, both for the audience, and for the orchestra,” he says. “As much as we all have our favorites, whether it be Beethoven, Mozart, or Brahms, it is necessary to play music throughout the entirety of the classical genre. This flexes and hones the orchestra’s skills while providing a diverse soundscape for our audiences. ”

Since Lewis took over from the great Fabio Mechetti, he has made a point to present his material in places where one might not expect it. Whether it’s rooftop bars or riverfront parks, private homes or public schools, the symphony’s presence has been felt in places where it had never been felt before. The symphony offers particularly great deals for students under 25, who can get full season passes for just $25 each; they can also bring a guest for $15 per concert, and that deal also applies to individual students. Also, kids under 18 enter free with each adult ticket.

A cursory glance at the Symphony’s schedule for the 2021-2022 season (which is dedicated to longtime patron Robert Jacoby, namesake of Jacoby Hall) shows all the usual suspects of the standard repertoire: Mozart, Beethoven, Brahms, Wagner, “The Nutcracker Suite,” etc. But look a bit closer, and you’ll see a variety of variants, including Tarik O’Regan, who was actually commissioned to write new works specifically for the Jax Symphony.

Lewis is thoroughly versed in the full scope of symphonic music history, but he’s also a young man who knows his way around pop culture, and the many diverse genres of music that comprise it. He’s melded those influences to curate a program that audiences of all types can enjoy, whether they like classical music or not. This is where “Symphony in 60” comes in.

The first edition was held on October 28, and the second one takes place on November 18. These Thursday sessions start earlier in the evening (6:30 pm), and often promote a laidback atmosphere via a pre-performance happy hour, before offering a lighter, shorter, less intensive presentation of the Symphony experience, which makes it ideal for newer patrons.

The inaugural concert led off with “Songs and Dances” by Bill Douglas (featuring principal Oboe Eric Olson), an adventurous piece that touches on elements of Afro-Cuban, Celtic and American folk music, reminiscent of the “Third Stream” classical/jazz fusion movement of the 1950s and ‘60s, before closing with Schubert’s 8th Symphony.

“To focus on Symphony in 60,” says Lewis, “these concerts create an atmosphere unlike any of our other programs on the season and present classical music in a way that is atypical in a concert hall. They are a great place to whet your classical palate, or just to enjoy happy hour and a great evening out at the Symphony.”

Thursday’s concert is led by conductor Gonzalo Farias, who’ll be leading them through a program of highlights from the massive oeuvre of Ludwig Van Beethoven, specifically highlights from his 2nd, 3rd, 5th and 6th Symphonies, as well as his Piano Concerto No. 5. Farias returns the following morning at 11am to reprise that set for their Raymond James Coffee Series, sponsored by the eponymous investment firm. Their website offers suggestions for local eateries, of which there are many (Bellwether and Estrella Cocina are personal favorites).

By bringing the music into places where it had not previously been, the work has been exposed to people who might have otherwise never had a reason to attend a regular concert. These folks, by and large, have enjoyed it, and the passion of the new blood, when mixed with the loyalty of the old guard, has created a sort of hybridized audience that has proven themselves to be reliable patrons of the symphony, even during the darkest times in recent American history. This is one reason why Lewis, the symphony’s eighth conductor since its founding in 1949, is already being touted as perhaps its greatest conductor yet, and is already established globally as a rising star in the classical music world. Not bad for a guy who isn’t even 40 yet.

“These concerts create an atmosphere unlike any of our other programs on the season and present classical music in a way that is atypical in a concert hall. They are a great place to whet your classical palate, or just to enjoy happy hour and a great evening out at the Symphony.”

There is another factor, though, and it may be even more important: the material itself. Lewis was born in Belfast. He was also trained there, as well as in Cambridge and Manchester. His career already took him through Boston, St. Louis, Minneapolis and Los Angeles before he took the job in Jacksonville at just 31 years old. With a pedigree like that, some might have seen it as a step down, but Lewis instead dove in feet-first, embracing all aspects of the job with real passion. He didn’t just trust the process–he became the process.

The process appears to be working quite well, and with their darkest days now behind them, the best is yet to come.

Jacksonville Symphony associate conductor Gonzalo Farias navigates a series of highlights from Beethoven’s nine epic symphonies and five glorious piano concertos, including Symphony No. 6, “Pastoral” and Symphony No. 3, “Eroica” on Thursday, November 19. The evening kicks off with a happy hour at 5:30 p.m. inside the Times Union Center. Show starts at 6:30 p.m.