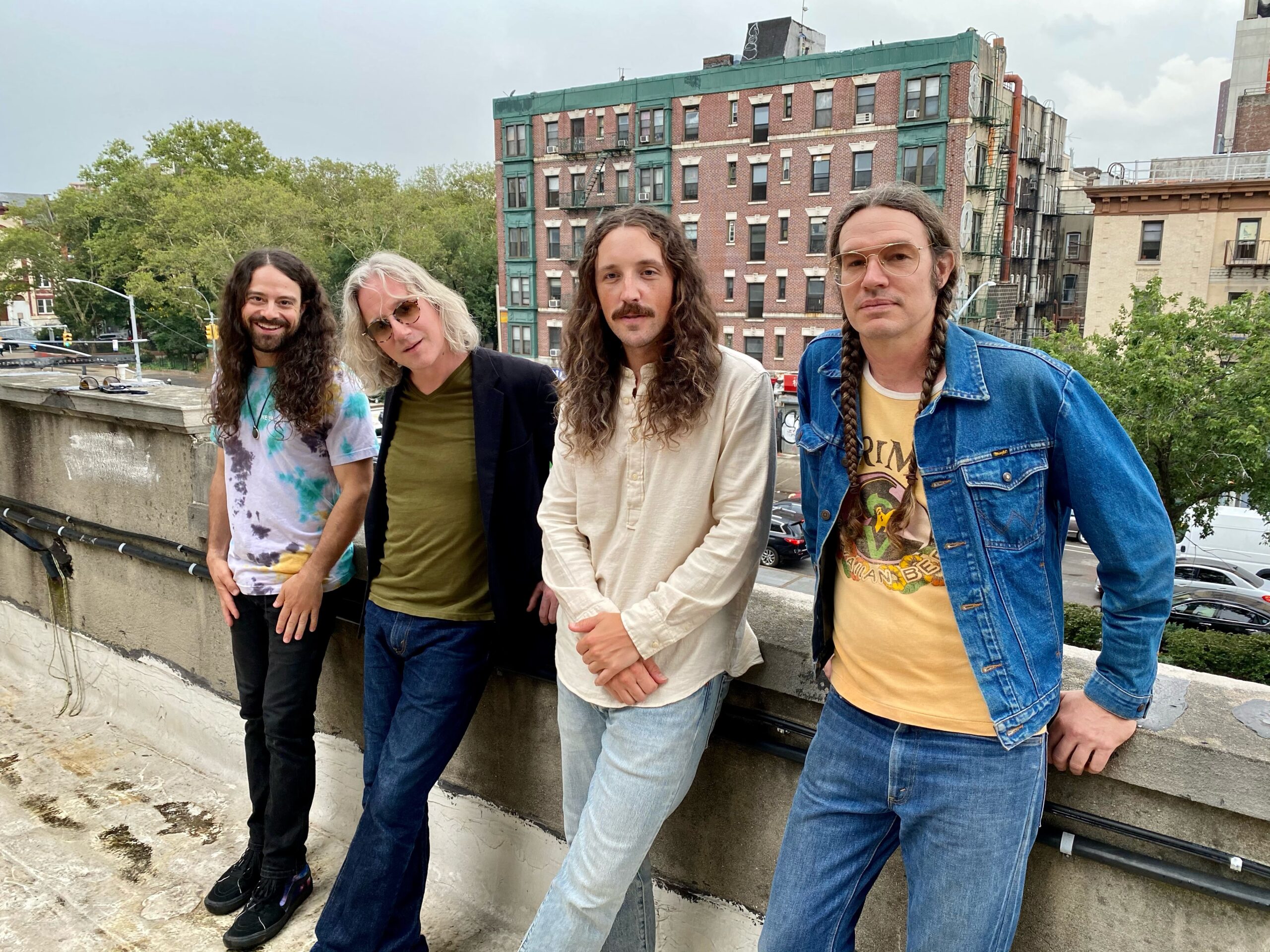 Labels are for soup cans. While routinely stamped as a “jam band,” a varietal that is as nebulous, constricting and even as dismissive as “Americana,” the L.A. quartet Circles Around the Sun are cooking up something all their own.

Formed six years ago, the band has covered a lot of ground since. They’ve experienced certain gains. And with the 2019 suicide of founding member, virtuoso guitarist Neal Casal, they’ve also moved through unimaginable loss. Two years on and the band flourishes.

In his suicide letter, Casal urged the group to continue without him. Speaking with band bassist and founding member Dan Horne, breaking up the band after Casal’s passing was never even considered. The work at hand was honoring Casal’s energy while pushing the music forward.

“We didn’t really think we could ‘do’ much better than if we just kept playing,” says Horne, on folding the band. “Which I think was the goal. And the only way to kind of push it. But it has been hard, you know, for other reasons.”

Circles Around the Sun first found highly visible exposure in 2015, when Casal was hired by the surviving members of the Grateful Dead to create original between-the-sets music for their final Fare Thee Well shows. The resultant pieces found a home on CATS’s 2015 debut, Interludes for the Dead. Horne is also a founding member of Echo Park-based Dead tribute band Grateful Shred. However, the malleable and percolating sound of Circles Around the Sun leans as much toward ‘70s protean fusion-funk like Herbie Hancock or the perma-whack ooze of Parliament-Funkadelic.

The way it’s worked out for us is that in real life, we had those fears of getting shoved aside because we’re, you know, ‘Grateful Dead’ related, or ‘jam band.’ Yet it turns out the jam band scene is so cool.

Dan Horne, Circles Around the Sun

Let It Wander (2016) featured seven tracks that ultimately shed any deadening influence. The nearly 20 minutes of “Halicarnassus” evokes the holy greasiness of Lenny White’s Venusian Summer as much as any ballroom psychedelia or Wall-of-Sound-era Dead. The following album was 2019’s Meets Joe Russo, a series of full-blown improvisations with NYC drummer and likeminded music polymath Russo. The recording is a worthy document of their “roll tape and flow” encounter with Russo, shifting from gurgling, frantic jams to wall-breathing psych-rock meltdowns.

“In theory, you would think you don’t want anyone to make assumptions about what your music is gonna sound like or what it is, before they give it a chance. So, that’s kind of what the fear is,” explains Horne, of the band’s deliberate dance between finding a scene yet not being defined by that same scene. “But the the way it’s worked out for us is that in real life, as we had those fears of getting shoved aside, because we’re, you know, ‘Grateful Dead’ related, or ‘jam band.’ Yet it turns out that the jam band scene is so cool.”

While CATS boasts certain elements of peak-era live Dead, particularly in the latter band’s 1972-’74 improvisations that could shift from glacial-psychedelia to whip-smart, serpentine jazzier explorations, the L.A. four piece are more prone to laying down chrome-sheened, percolating funk with thick, extended jazz chords and electric bass-and-analog-synth lava grooving underneath. Horne is enthused that, thus far, the jam-band community seems receptive to meet the band note for note, with open minds and dancing bodies en masse.

“We get along with a lot of other bands in the scene. It’s pretty tight-knit and it’s up to us to kind of branch out and that’s the hard part. We could get too comfortable in a niche audience, so we have to really throw ourselves out of the loop.”

The band left the loop and smashed the paradigm altogether on their current, self-titled release. Produced by Jim Scott (who has worked with the Rolling Stones, Tom Petty, and Wilco), Circles Around the Sun was completed a week prior to Casal’s passing. It is a testament of both he and the band’s impetus to keep pushing the music to more radiant places. Unlike the free-form bliss of the Russo album, the latest was born through experimenting with the decidedly more-rigid sonic parameters of a 1980s-era Sequential Circuits Drumtraks drum machine.

On a tour stop in Detroit, the band went to High Bias Recording, the studio of engineer Chris Koltay. “He had a couple of interesting, old-school drum machines. We wound up writing ‘Babyman’ and ‘Detroit Dos’ while there. We kept going with the idea: we would start out with a primitive, cool beat and someone would come up with some chord changes,” explains Horne, of the nascent stages of the album’s production that eventually governed much of the creation of the record. “It kicked it into being kind of a dance record and making a more robotic, tight sound. We were going for more ‘sequenced’ stuff.’”

Once back in L.A., the band (featuring Casal, Horne, keyboardist Adam MacDougall and drummer Mark Levy) and producer Scott completed seven tracks that don’t forgo the band’s improvisations while keeping in steady pace with the relentless click-track tempo of the Drumtraks. “Babyman,” is a worthy result of CATS’s use of click-track Kraftwerk-style metronomic underpinning, with the band unfurling an increasingly groove-oriented build-up. Ditto “Landline Memories” with its muted four-on-the-floor thump, MacDougall’s glissando synth squiggles in conversation with Casal’s arpeggios, as Horne and Levy underpin and propel the tune.

Since hitting the road again, the band has brought on a couple of heavy-hitter guitarists to join them onstage. Currently, John Lee Shannon is holding down the fort. “He’s played 15 shows with us, so he’s long-since passed the audition,” Horne laughs.

Horne views music fans as essentially three types of archetypes: the diehards, the newly engaged or curious, and people unaware or indifferent to any artist’s sound.

“Honestly, I feel even [an audience] isn’t following along too closely to what you’re doing, I still think that everyone kind of absorbs it in, in the same way,” Horne says. “And everybody deserves good music, even if they don’t realize it. Regardless of their Spotify playlist, everyone listens to music ultimately the same way and we all deserve to hear good things.”

Circles Around The Sun play the Bier Hall at Intuition Ale Works on Saturday, November 13.