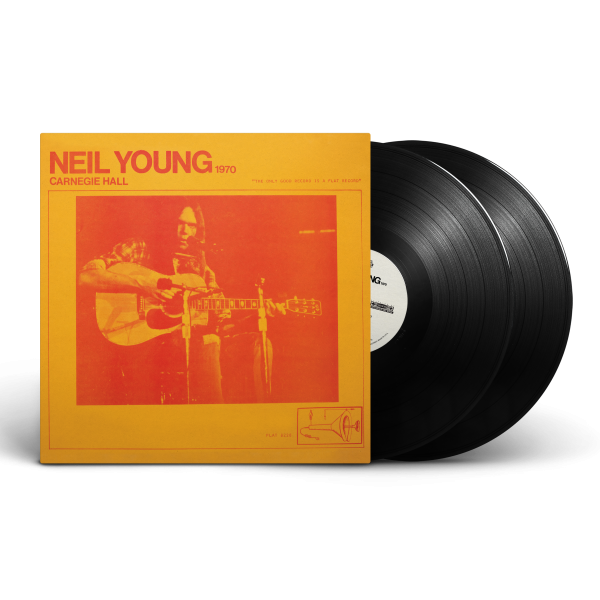 By the time he got to Carnegie Hall in 1970, Neil Young was in rare form. Two years removed from his departure from Buffalo Springfield and just months after adding his voice to the soon-to-be-released Crosby, Stills, Nash & Young debut, Deja Vu, Young was arguably at the height of his singing and songwriting prowess, having just released another seminal solo record, After The Gold Rush. All of the above added to the significance, and later mythical stature, of Young’s first-ever Carnegie Hall performance.

Shakey Pictures Records and Reprise Records just released the first of a new series: The Neil Young Official Bootleg Series – Carnegie Hall 1970, a never-before-heard recording of that significant concert (one of two performances Young partook in at Carnegie Hall that week).

The double-LP is out now, with plans for five installments of the Official Bootleg Series planned for 2022. Ask for it at your local record shop.

Have a favorite Bootleg recording? Tell us about it. music@wjct.org