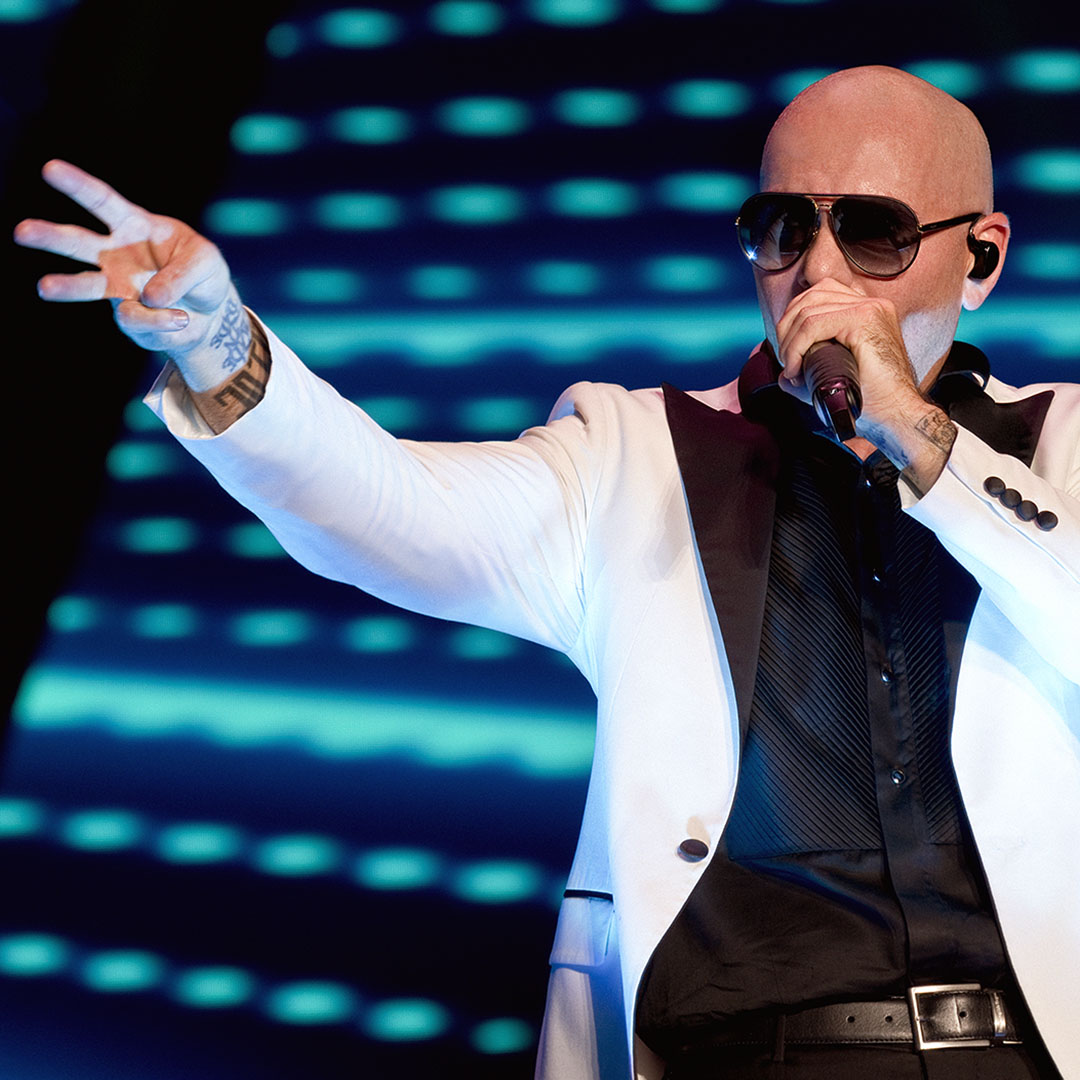 The Miami-born rapper and producer, who’s real name is Armando Christian Pérez, is bringing his “I Feel Good” tour to Daily’s Place Amphitheater on Tuesday, October 12, 2021. The tour is named after his latest single, which features singer and multi-instrumentalist Anthony Watts and DJ White Shadow (or DJWS).

The tour, which kicked off over the summer, marks the first time Pitbull has hit the road for a North American jaunt in nearly two years.

The Cuban-American performer selected “Pitbull “as his stage name because, as he puts it, the breed “‘…bite to lock. The dog is too stupid to lose. And they’re outlawed in Dade County [where Miami is located]. They’re basically everything that I am. It’s been a constant fight’,” according to IMDB.

Over the course of his career, Pitbull has recorded and performed in both Spanish and English, and has incorporated everything from rap to reggaeton to dance-pop into his music.

Pitbull’s notable songs have included “On the Floor” (which became the highest debuting Hot 100 single of J. Lo’s career); “Timber” (which was used in the 2014 NBA playoffs), and “Give Me Everything” (which Lindsey Lohan sued over, due to the line: “I’ve got it locked up like Lindsay Lohan.”

The artist has received a great deal of recognition for his work, including ALMA, Grammy, Kids’ Choice and MTV VMA awards. He also received a star on the Hollywood Walk of Fame in 2016.

Pitbull’s twelfth studio album and second for his label, Mr. 305 Records, is scheduled to drop later this year.

And somehow, he also finds time for a number of entrepreneurial endeavors. This year alone, Pitbull became the co-owner of NASCAR racing team Team Trackhouse, and served as the Grand Marshal of the 2021 NASCAR Daytona 500. He’s also a co-founder and partner in 305-Life, a health and wellness company which just launched with three ready-to-mix supplements for boosting energy, hydration and recovery.

Tickets are still available for the show, through the venue’s site. Iggy Azalea opens.

So what are you waiting for? “¡Dale!,” to borrow a popular Pitbull catchphrase, which means “go ahead” or “give it.”