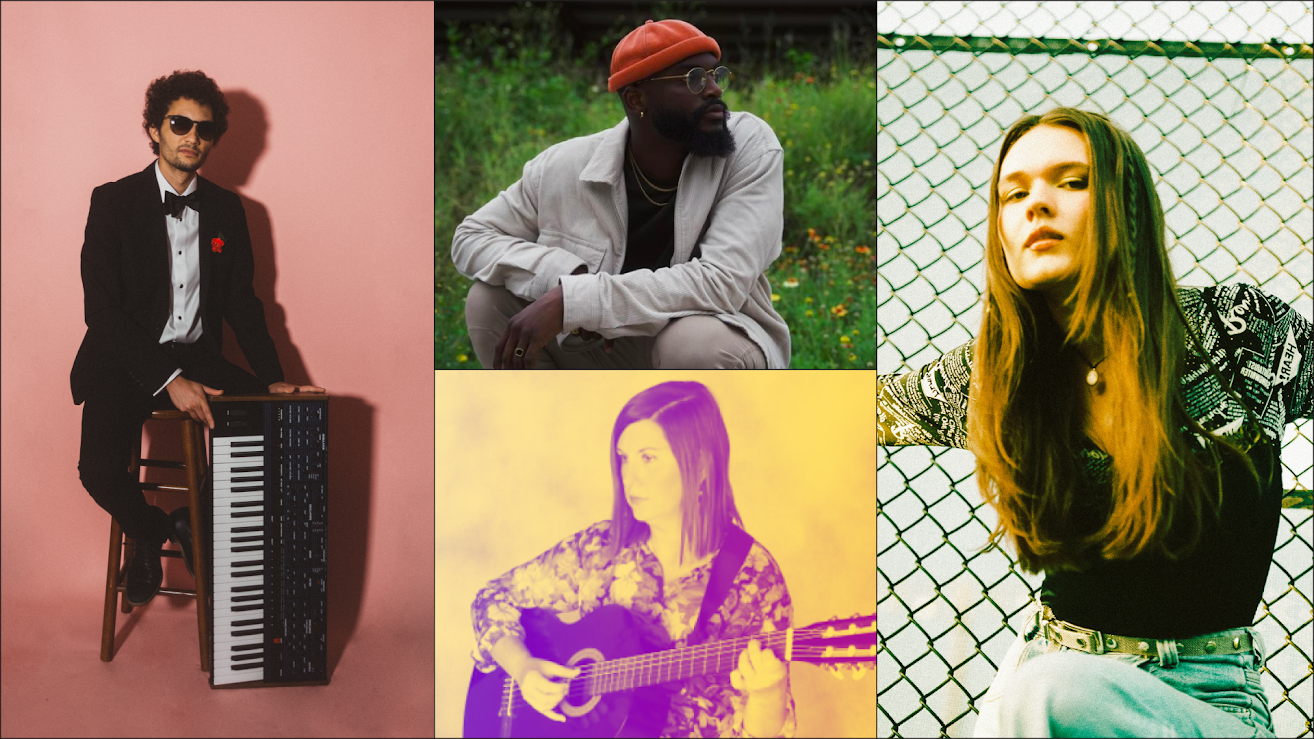 There’s so much high quality music pouring out of Northeast Florida right now that we aren’t quite sure what to do with it all. We’ll start by writing about it below. And we’ll also continue to add the standout tunes to our monthly Fresh Squeeze playlist.

Beyond that, the rest is up to you. But we’d highly recommend putting these new songs by Jacksonville artists in your earholes.

“The Life and Death of a Nation” by Bronero

Bronero · The Life And Death Of A Nation

Sought after pianist and percussionist for LPT, multi-instrumentalist Jonah Pierre unveiled the solo project, Bronero, a few months ago, and his latest, “The Life and Death of a Nation” is a funky and introspective head-bobber that intersperses James Baldwin quotes with keyboard grooves that recall the G-funk essence of ’90s-West-Coast flavor.–Read the full review

“Crystal Ball” from Snowglobe by Souvineer

In many ways, Souvineer’s debut release will ring familiar to those who’ve followed the Jax music scene for the last decade or so. Souvineer is a new side-project from Alissa Leonard, whose group Isabela Parole is widely admired in the Jax music scene for their songwriting and blend of folk and indie rock. With COVID making it difficult to gather, Leonard, brimming with new ideas, landed on the idea of Souvineer as a way to continue releasing music. Her first EP, Snowglobe, sparkles with lush production, intriguing imagery and gorgeous melodies. “Sometime in a dream I saw you were dressed as a quarterback / Hanging on the Westside with a suitcase and a paper bag” Leonard sings on “Crystal Ball,” in a kind of stream-of-consciousness reflection before concluding “Kinda like an eagle man or a full-fledged American.” There’ll surely be a time when we are more capable of identifying some of the silver linings of the pandemic years; Souvineer, a project born of pandemic isolation, definitely fits the bill.

Duval-bred hip-hop artist Blk Jay continues his prolific run, even while transitioning to new environs, both physically and sonically. The now Atlanta-based rapper recently dropped the EP Wrong Turn Somewhere, his second of 2021. Four of the five-song release’s tunes find Jay in his element: laidback, deploying heady rhymes over mellow, R&B-tinged tracks, in his ultra-casual, melodic flow. The EP’s final song, “Soul Glow” cranks the BPMs a notch, making use of some disco-esque synth-lines, finger snaps and a propulsive beat. Jay deftly keeps pace, finding new and inventive ways to paint the sonic canvas with his colorful voice.

A buzzed-about new addition to the city’s currently red-hot indie scene, Primary School now has a single. The trio’s debut “Maybe” makes use of pensive lyrics over chorus-effect laden jazz chords and tasty basslines compliments of local indie hired gun Daniel Hubert (Teal Peel, Leo Sun). “It’s not a bad thing to be in love / I was young then / I was dumb,” songwriter and lead vocalist Brianna MacLean sings in the tune’s opening salvo. “Maybe” is definitely worth a listen and Primary School is certainly a band to keep your ears on in the future.