An inscrutable blend of pop, R&B and psychedelia 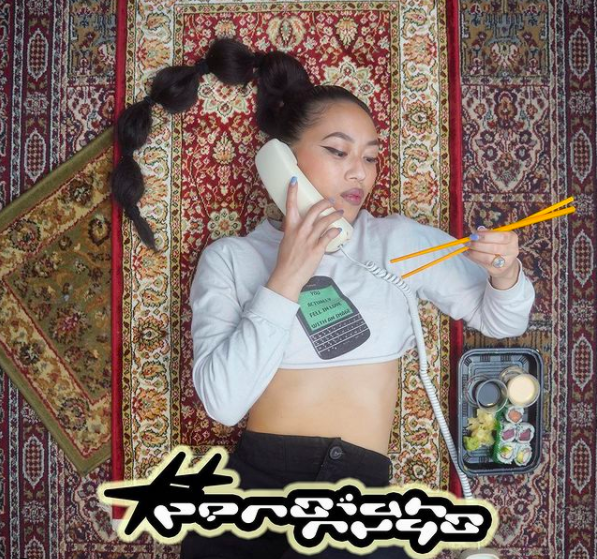 Sailor Goon remains as inscrutable as she is enigmatic. Previous cuts like 2019’s “Milk & Bones” and “Just For Me” up-tuned the equalizers to the Duval psychediva’s signature approach to holograph soul; especially within the latter tune’s overall effect resembling 50 years of R&B micro-dosing and collapsing onto itself. This spring Sailor Goon (aka Kayla Le) regenerated her dreamscapes with “Way Down in Decatur,” a crackle of upright bass, brass-horns-and-beats, and her soaring vocals that split the difference between 40-watt mania and incandescent blues.

With “Persian Rugs,” the title song from her upcoming seven-inch offering (Winterland Presents), Sailor Goon is joined by the production team of La Luz’s Lena Simon and Boytoy’s Glenn Michael Van Dyke (both also of Kairos Creature Club), whose equally fluid aesthetic is the ideal sounding board for Le’s languid style. The soul remains intact, but within the first strains of “Persian Rugs” and its relentless bass vamp (provided by Hensley‘s Lee Kuhn), Simon and Van Dyke enhance Le’s ability to twirl labels and categories like a kaleidoscope. In four minutes, the song touches on everything from Can, Young Marble Giants, and Billboard R&B, in the process neutralizing and sweeping aside an arsenal of lesser Logic Pro X hopefuls.

The long game? Sailor Goon drops another stellar locally sourced gem and we are none the wiser to know where she has taken us, or where she is going next.