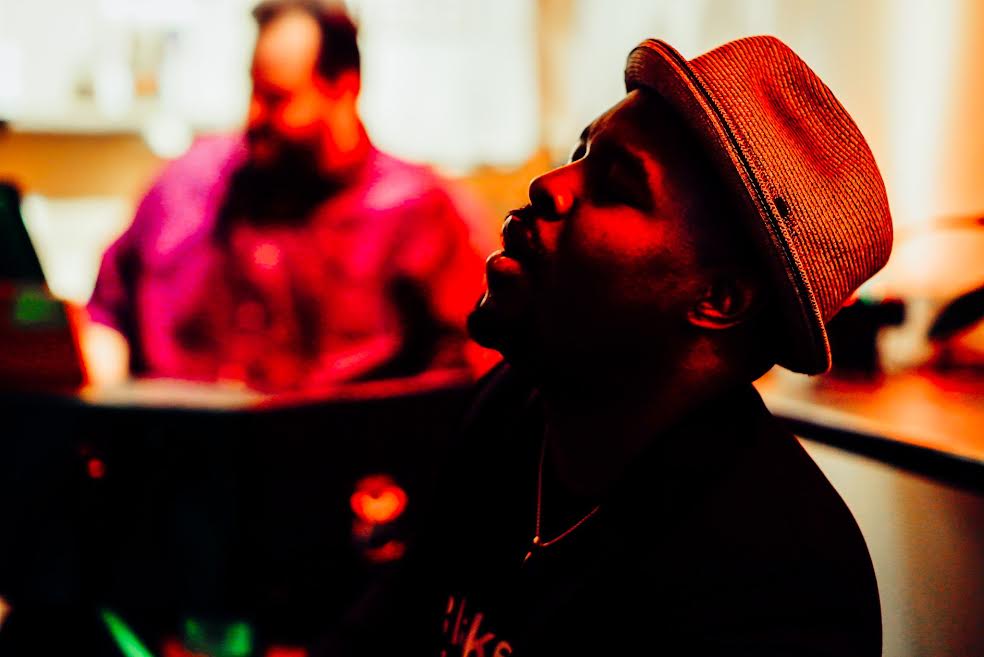 The jam session has played a central role in the evolution of American music for over a century. As with so many other things, the jam session concept has its roots in Storyville, New Orleans, where jazz music began in the late 1800’s. In the era before records, before radio and before the modern touring infrastructure, the prominent musicians of every territory held onto their spots with the tenacity of champion fighters. There was never a shortage of challengers, and no surplus of top positions. The metaphor is apt, because violence was hardly uncommon.

These battles took place primarily on trumpet and piano, which were the most prestigious instruments in the jazz hierarchy (then and now), but every player ran the gauntlet back then. The early icons, like Buddy Bolden and Freddie Keppard, were never recorded. The generation that followed included Jelly Roll Morton, whose Library of Congress recordings provide a primary source for the music’s origins, as well as Louis Armstrong and Sidney Bechet, who brought the music to global prominence in the 1920’s.

From New Orleans, the music migrated north, to places like Chicago, Kansas City and New York, and from there it spread around the country. By the early 1940’s, jam session activity had coalesced around a cluster of clubs on 52nd Street in Manhattan, places like Minton’s Playhouse, Monroe’s Uptown House, The Three Deuces, the Onyx Club and Birdland. (Birdland was named after Charlie Parker in 1949, and by 1953 he had been banned, but that’s a story for another day.) The Jazz At the Philharmonic (JATP) tour took that same energy and packaged it for audiences as far away as Tokyo. Bebop was forged in these competitive fires, and most of the early innovations in that style were developed in after-hours jam sessions on 52nd street. It’s from that scene where almost every major jazz musician of the postwar era matriculated.

Things are very different now, but in some ways they’re exactly the same. Jam sessions aren’t as prominent a feature of the jazz scene today, but every major city has them. For musicians the jams serve as a way to sharpen chops and develop material, as well as network and tighten the creative bonds within their scene. For music fans, they can be inexpensive and distinctively entertaining.

We are lucky to have more than our share here in Northeast Florida, and it’s not all restricted entirely to jazz. Rock, Bluegrass, folk and hip-hop all have their jam sessions. Here’s a rough guide to the ones we think you should put your ears on.

At the bottom of the page, you’ll find a night-by-night listing of the city’s current crop of jam sessions. This subject is really kind of a rabbit hole, so we’ll be adding to this list as new events develop.

Sundays always end at The Casbah (3628 St. Johns Avenue, Avondale), 9pm to midnight, probably the oldest continuous jam sessions in Northeast Florida. The late, great drummer Von Barlow (1943-2020) began them in the early 2000s with a trio that included Lawrence Buckner on bass and Eric Riehm on tenor saxophone; dozens and dozens of local music legends worked that room. You can still see them there fairly often, along with others who’ve cooked in that nook over the years, including Pierre, Stefan Klein and Evan Ruffino. On a week-in, week-out basis, it may be the best live music night in all of Florida.

Monday nights are typically pretty quiet, as far as live music goes, but the volume has boosted bigly this year. The Villa Magnolia (124 King Street, St. Augustine) will soon begin hosting jam sessions on Monday nights, but the heavy action happens in downtown Jacksonville. Headroom Coffee Bar (15 Ocean Street) sits on the same strip as Spliffs, Island Girl Cigar Bar and 1904, and their jam sessions are hosted by Adam Kenneway, Shaun Taunton and the incredible Chris Underdal, one of the most interesting guitar players working today (and this scene is full of really good guitar players).

Kenny Hamilton is maybe best-known as the lead singer of Sentropolis, a local group that deals primarily in funk, but he’s also a veteran member of the local jazz scene. He leads the jam sessions at Blue Jay Listening Room (2457 South Third Street, Jax Beach) on Tuesday nights, which may have the densest turnout of regular talent in all of Northeast Florida. A recent session on August 10 (Hamilton’s birthday, in fact) saw the likes of Ben Adkins, Paulie Lentz, Jack Miller, David Ott, Stan Piper, Taylor Roberts (whose newest album was actually recorded there, just a few months ago) and Billy Thornton.

As noted above, jam sessions are no longer exclusively the province of jazz musicians. The rock scene has evolved a whole culture built around jam bands, a tradition dating back as far the Grateful Dead and now including countless artists, here and there. Many of them developed their improvisational skills as either fans or students of jazz. You can see a lot of that influence in folk and Bluegrass music, which drew heavily on gypsy jazz, particularly Django Reinhardt. The Jacksonville Old-Time Jam, which now takes place at Rain Dogs (1045 Park Street, 5 Points) every Tuesday night at 8pm, has been essential to the growth and spread of the Appalachian style in this community for almost two decades now, in one form or another. You can also catch fresh rock jams every Tuesday at Fly’s Tie, (177 Sailfish Drive E., Atlantic Beach).

2020 was brutal for live music, in a business sense, but some venues actually managed to level up amidst the chaos. Case in point: Breezy Jazz House (1402 San Marco Blvd.), which moved from downtown into a larger location in San Marco. Their jam sessions on Wednesdays are led by Ray Calender, one of the city’s top trumpeters. The Southern Grill (800 Flagler Avenue) also does sessions that night, right down the street.

One of the pioneers of the city’s craft cocktail scene, Manifest Distilling (960 East Forsyth Street, downtown) made its first foray into live music with Ulysses Owens Jr.’s group for a Friday night tasting on August 27. That same group will begin weekly sessions every Thursday evening. They share a building with Intuition Ale Works, which hosts LPT for Salsa Sundays every month–not a jam session, per se, but a definite must-see.

The jam session concept is, of course, rooted in old-school jazz, but the competitive feel and emphasis on improvisational skill was adopted by later generations to create battle rap, which has been a fundamental component of hip hop from almost the very beginning. Freestyle cyphers can be experienced periodically throughout the city, but the hub of this activity now is at Justice Pub, where Mal Jones (himself the son of a jazz musician) hosts The Lyricist Live (315 East Bay Street) every Thursday night. The concept originated at the First Wednesday Artwalk, which is finally returning on October 6, and they will be there.

In terms of the overall aesthetic that we tend to associate with old-school jazz jams, the best example to be found locally occurs on the first Friday of every month at The Parlour at Grape and Grain Exchange (2000 San Marco Blvd.). These sessions center on a quartet consisting of Al Maniscalco, Lawrence Buckner, Jonah Pierre and Stefan Klein; you’ll also see a lot of rising talents in the local scene, many of whom are products of UNF, JU and FSCJ.

Out of all these jam sessions listed, about half of them have begun in just the last couple of years. At that rate, the list will surely grow, so check in at this link periodically for updates and more information, as it becomes available.

(First Friday of every Month)