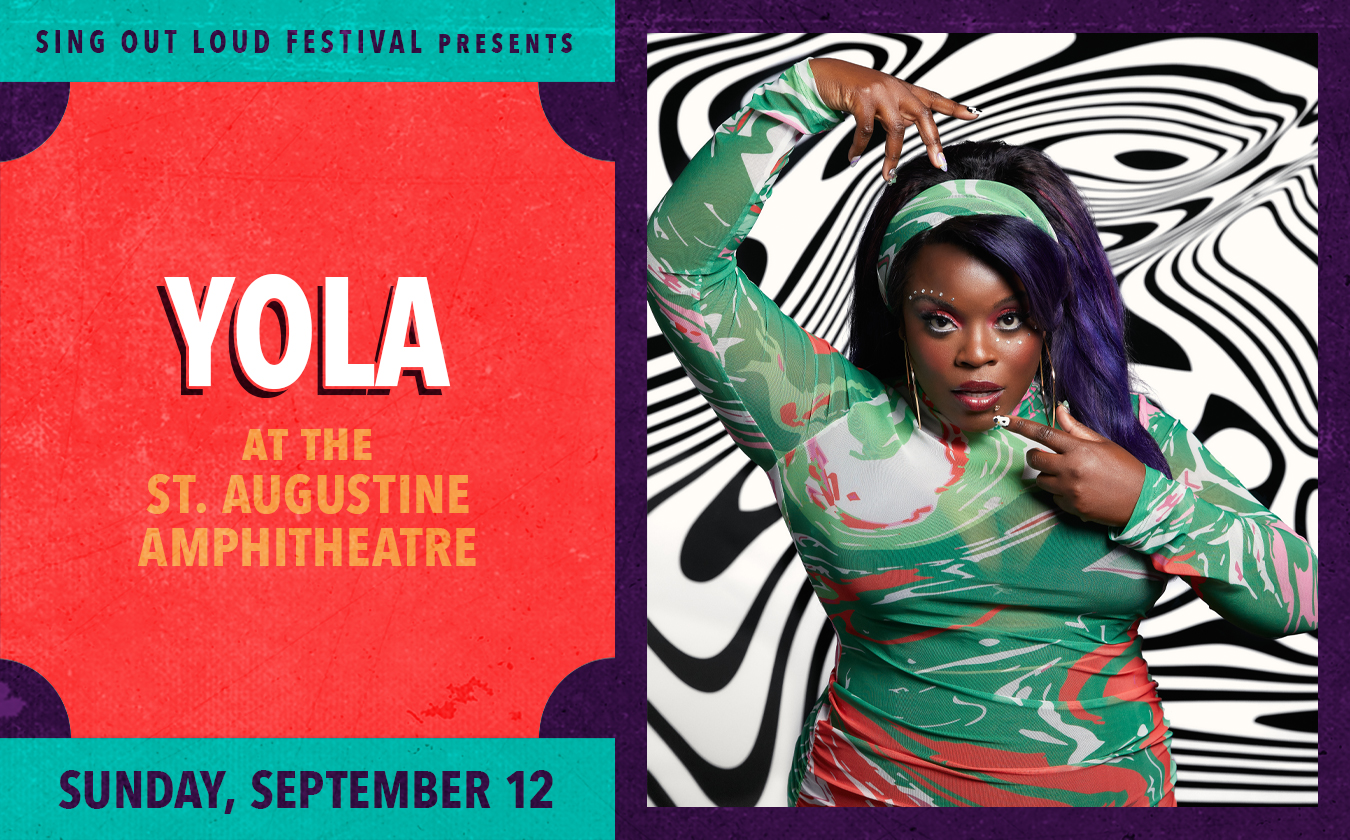 A performance by Grammy nominated singer-songwriter Yola at the St. Augustine Amphitheatre has been postponed, according to the venue’s website. The English musician was scheduled to perform with special guest Patty Griffin on September 12 as part of the month-long Sing Out Loud Festival in St. Johns County. A statement on The Amp’s website reads:

Due to circumstances beyond anyone’s control, the Yola and Patty Griffin show on September 12 at this year’s Sing Out Loud Festival will be postponed. Both artists are looking forward to performing in St. Augustine at a later date, we will keep you posted on new dates as soon as we confirm. Refunds for the September 12 performance will be provided at the original point of purchase.

In an Instagram post from August 19, Yola shared a statement that she would be pulling out of the Bristol Rhythm & Roots Reunion, a Tennessee-based country music festival scheduled for the same weekend as Sing Out Loud, saying she was “not satisfied that the most stringent Covid safety best practices are currently in place” for the event.

In another post just days later, she announced she would be playing in Athens, GA instead of in St. Augustine at Sing Out Loud.

As coronavirus cases and hospitalizations have increased exponentially in the last few weeks, two of the biggest live music companies, AEG Presents and Live Nation Entertainment, announced that they would begin requiring proof-of-vaccination at future shows. The surge in new cases has hit Northeast Florida especially hard, and there’s been a push by touring artists and local venues to institute proof-of-vaccination mandates. Currently, state law in Florida prohibits such mandates.

More than 100 local, regional, national and international artists are scheduled to perform at Sing Out Loud in September. There have been no other announcements regarding updated COVID-19 precautions, as of writing.