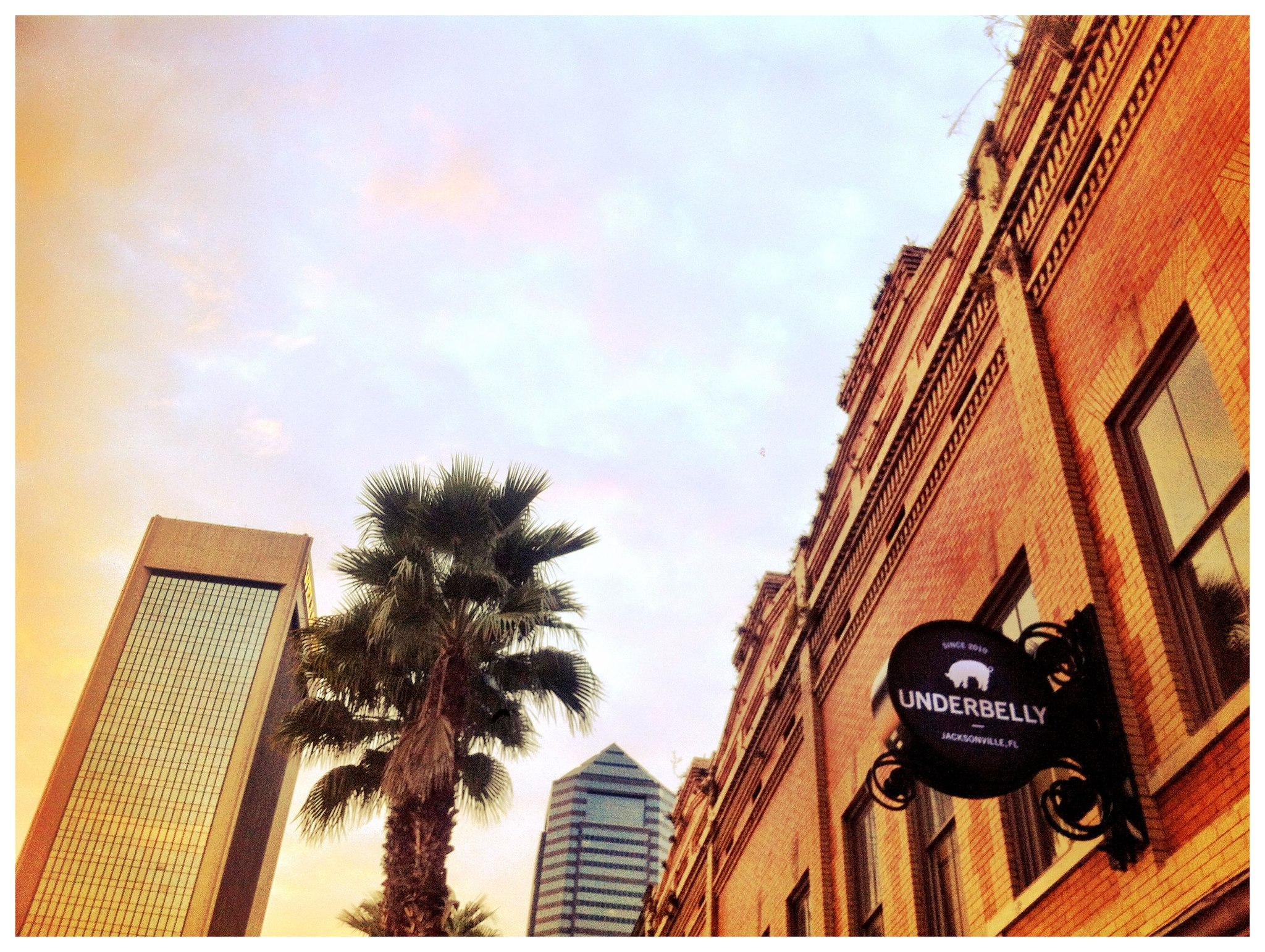 Post-hardcore/emo group Hawthorne Heights is set to play Underbelly on Friday. And if you feel like that sentence reads as though it was copied-and-pasted from a different year, you’re not alone. To clear things up: yes, emo is thriving in 2021. And, yes, Underbelly, the much-beloved but short-lived Downtown Jacksonville music venue is back.

Along with Burro Bar and Club TSI, Underbelly was one of several promising venues that shuttered in the mid-2010s, leaving a substantial void in the Urban Core. One of the venues that survived from that relatively happening era, 1904 Music Hall, has mightily held down live music in the city’s downtown, and will celebrate its ten year anniversary in March of 2022.

Besides the 300-capacity 1904 Music Hall on Ocean Street, venue runner Jason Hunnicutt has also opened the doors to a bar and restaurant (Spliff’s Gastropub) and a cafe (Headroom Coffee Bar) in the adjacent spaces, all of which host nightly performances.

And this week, with Hawthorne Heights (and then a full lineup of local indie and pop-punk acts the following night), Hunnicutt and his partner group will try their hand at a revival of sorts. For Hunnicutt, the Bay Street venue offered a bigger room (500 capacity) and a proven brand. And if Downtown Jacksonville is going to be branded as a destination for arts and culture in the near term, the folks at 1904 will have played an outsized role in that highly sought after identity.

We caught up with Hunnicutt to talk about the new-and-improved Underbelly and the future of live music in Jacksonville’s Urban Core.

NOTE: This interview was conducted several weeks ago, before an exponential increase in COVID cases in Northeast Florida. The CDC recommends wearing a mask indoors in public if you are in an area of substantial or high transmission even if you are fully vaccinated, to maximize protection from the Delta variant and prevent possibly spreading it to others. In areas with high numbers of COVID-19 cases, consider wearing a mask in crowded outdoor settings and for activities with close contact with others who are not fully vaccinated.

Downtown development is a never-ending topic in Jacksonville. There have been fits and starts since you opened 1904 Music Hall in 2012. Have you felt obligated to just hold on for live music in the city’s downtown?

Oh man. All these renderings [of new developments]. All the speculation. I’m just like make it happen. Let’s go! Sometimes it feels just hold on for ten more years. [Laughs]

Having Underbelly back on the block is a big deal for Downtown.

I’m sure. Well, congratulations on getting Underbelly back open. What can folks expect from the new and improved space?

Essentially it’s the same concept as before. We’re focussed on putting live music in the room. There is a kitchen so we will eventually offer some food options. But the idea came about right around two years ago. We were already looking for space that could hold more people than 1904 [Music Hall]; something around 1,000-capacity. We were staying busy at 1904 and we were actually missing out on some bigger shows because our capacity was too small. Nothing that size was really feasible downtown. And one day we were just like, “What about Underbelly?” The stage was still there. It was kind of turnkey. We upgraded the sound system. And we added a big projector. The place had already had a great brand. So we were excited to bring it back.

Why did the timing finally feel right to bring it back?

So this was in the works pre-COVID. The plan was actually to open last summer. We signed the lease in 2019 and we were like, “OK, summer 2020 is going to be a banger!” [Laughs]. Then COVID happened. The property owner worked with us the whole time. They see the vision and believe in Downtown. So that was helpful.

There was a moment in 2012-ish when Downtown Jax felt like the center of the city’s live music scene, with Burro Bar, 1904, and Underbelly all in operation within a few blocks from each other. What did Underbelly mean to you and mean to the scene?

Oh yeah. That was a really great time. We were all open and it had been branded “The Elbow.” Having those three venues doing original live music––150 people at Burro, 300 at 1904 and 500 at Underbelly––I don’t think we knew how good we had it. We did a good job of complementing one another. So having that back on the block, I think is a big deal for Downtown. Our fall calendar filled up really quick at 1904, so it was great to let people know there was another place to play.

Right, I was going to ask about that. How has it been booking shows now that every band seems to be out on the road?

It’s been crazy. In April I was twiddling my thumbs. Once the vaccine came, my inbox started to get flooded. There has been more interest in Jacksonville I think.

How do you see the ecosystem for live music in the city’s downtown right now? What’s the future hold?

I think right now, beggars can’t be choosers. We need more of everything. And if someone is willing to put their money on the line to open a live music space down here, I’m all for it. I’m not a city planner, but I do think we’re seeing more density, more people living Downtown and more businesses. We have Dos Gatos, our businesses, the Florida Theatre, Ruby Beach Brewing is opening an event space. I think right now, anything Downtown is a win. Big projects are great, but we need more of everything really.