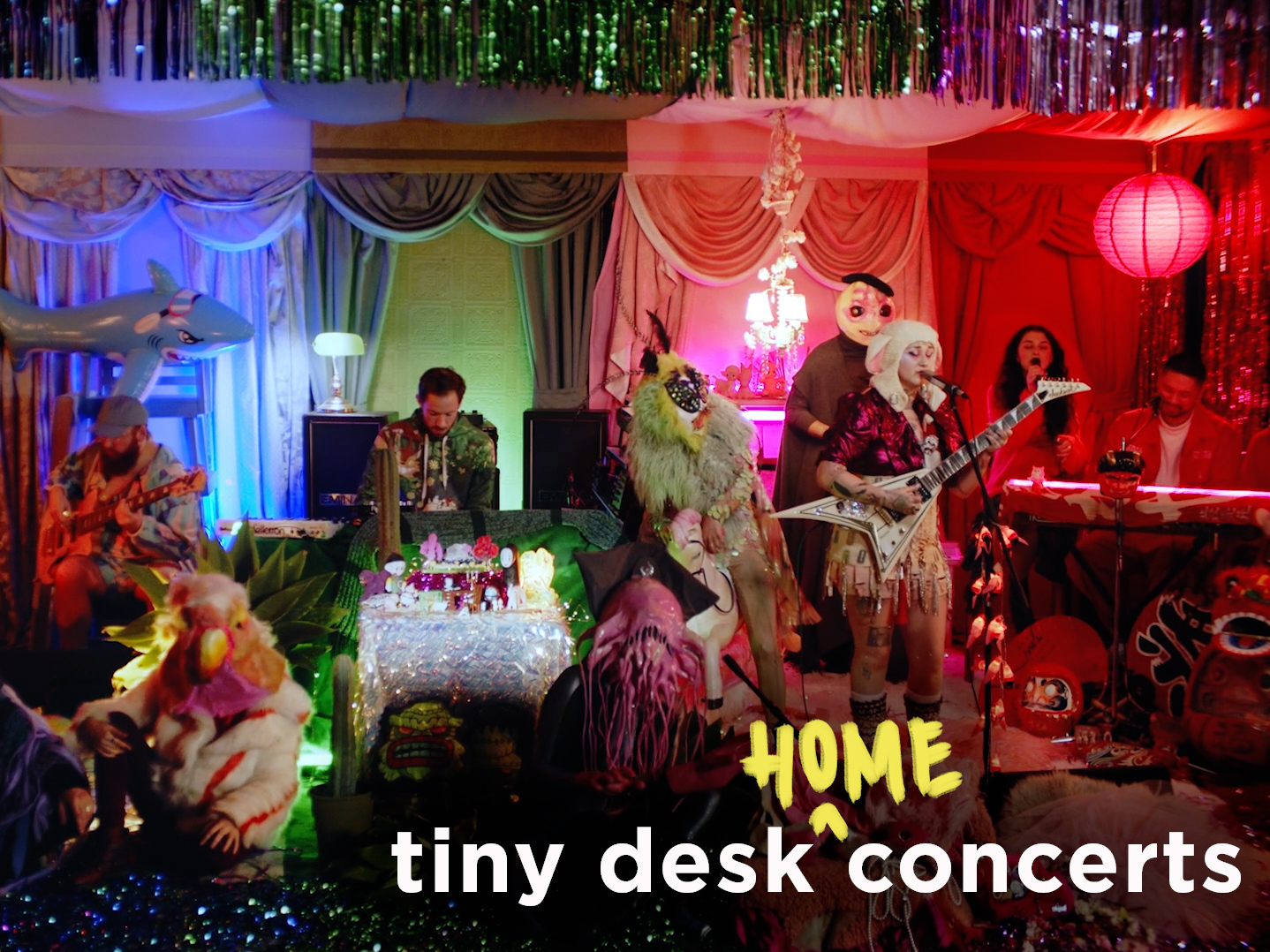 The Tiny Desk is working from home for the foreseeable future. Introducing NPR Music’s Tiny Desk (home) concerts, bringing you performances from across the country and the world. It’s the same spirit — stripped-down sets, an intimate setting — just a different space.

Melbourne alt-soul collective Hiatus Kaiyote tricked out its avant-garde recording studio, The Villa, and lathered it with props: a miniature desk, alien costumes, and loads of furry friends. Frontwoman Nai Palm shared with me the impetus behind the design. “I’m a treasure hunter at heart,” she said, “and the beautiful thing about dressing a set with sentimental artifacts from my house is that I feel super comfy to perform.” Every intricate detail of this Tiny Desk (home) concert evokes feelings of coziness, psychedelia and joyful performance art.

Launching into this brilliant performance with “Sip Into Something Soft,” Hiatus takes us on a sweet and sultry journey through a host of selections from their new album, Mood Valiant. On “Rose Water,” the tightness of the band (comprised of Paul Bender, Simon Mavin and Perrin Moss, and joined by their longtime backing vocalists) is on full display.

Hiatus Kaiyote came onto the scene with their debut album, Tawk Tomahawk, back in 2012 and created a groundswell of buzz among global music heads. Since then, they’ve gone on to win varying international awards and were the first Australian group to get nominated in the R&B category at the Grammys for best R&B performance in 2013. This uber-fun and exhilarating set will appease diehards and new fans alike.