What Makes a Summer Song? 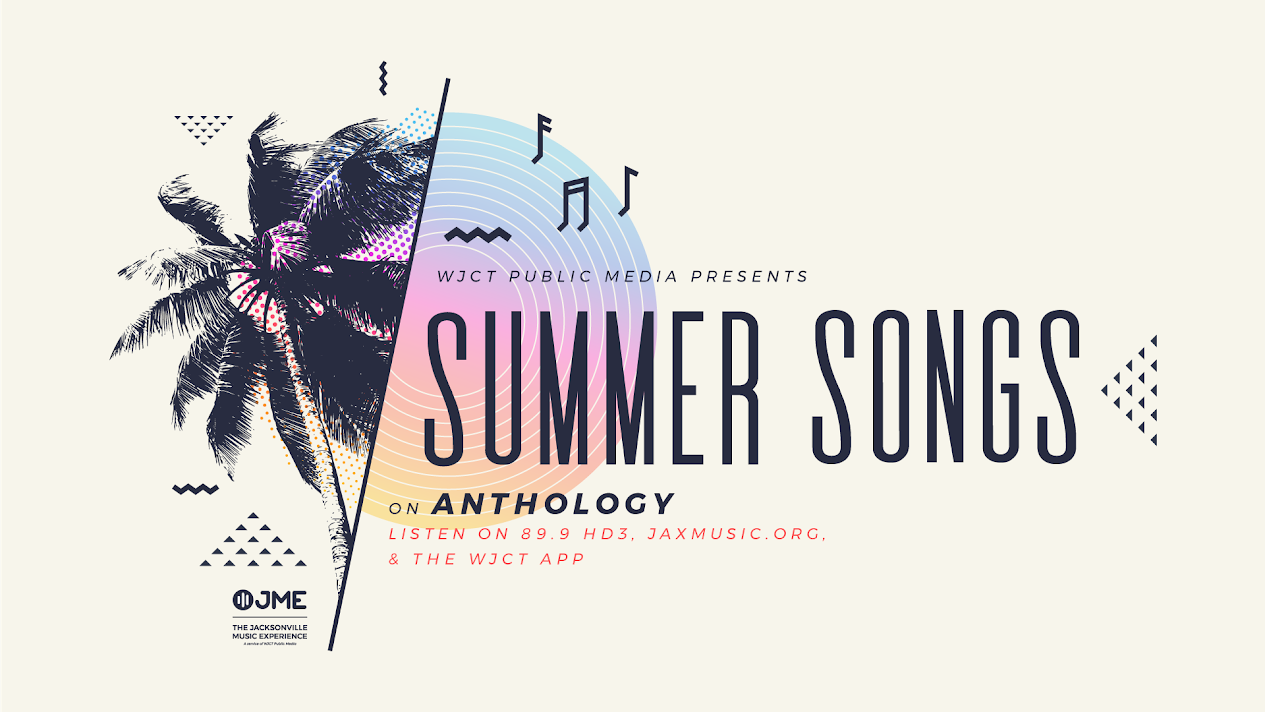 If, like me, you threw on WJCT’s Anthology station over the Fourth of July holiday, you were likely delighted by what you heard. Especially if, like me, you were on the beach when you did so.

Breezy, ultra vibe-y, Anthology’s new Summer Songs playlist (playing on 89.9 HD3 and the WJCT App) is a mix of more than 1300 songs from 1962 to 1985, curated by the curious and eclectically minded ear of WJCT’s David Luckin.

But what makes a summer song? As contemporary artists like Lil Nas X and Megan Thee Stallion stake their claim to the 2021 song-of-the-summer throne, there’s been much discussion of when “song of the summer” actually became a thing.

While that debate rages on, I sought Luckin’s expertise on the matter. We talked about his curation process for Summer Songs on Anthology and discussed what exactly makes a summer song. Below are highlights from our conversation.

What’s going on on Anthology right now? Tell us about Summer Songs.

I get that the songs don’t have to mention summer in the lyrics or be about summer. But certainly the record industry has a strategy around what comes out in the summer. I’ve been reading a few think-pieces about “Song of The Summer Candidates” for 2021. Tell me, as someone who has been in radio for decades, what makes a summer song?

Oh, I think it’s one that has a great hook, something that comes on and we’re all singing the words. I think it has to be kind of upbeat. I’m not sure it can be a downtempo song, unless you’re talking about “You’ve Lost That Loving Feeling” by the Righteous Brothers. I think summer songs are pretty upbeat and pretty happy. That’s a prerequisite, so when you drop the top on your convertible or you’re sitting by the pool, we’re not all lamenting: “Oh that was an awful year.” And one of the reasons we did this was because your first apartment, your first kiss, your first time away from home, the music of the summer is tied to youth and good moments.

Let’s get some examples, here. Can you talk about one well-known or familiar tune that folks will hear on Summer Songs and tell us what makes it summer-y in your opinion?

I think a good example is Barbara Lewis and her song “Hello Stranger” from 1963 always makes my top ten for songs of the summer. It’s not necessarily an upbeat one, but it’s a song we all want to slow dance to. Then I would take it all the way up to 1983: Cyndi Lauper’s “Girls Just Want to Have Fun.” That really shows the arc from female singers singing the slow romantic song to, by the ‘80s, women saying, “Hey, we don’t need ya!” I think that’s an interesting arc and it shows the transition of music and society running parallel. I think both those songs were perfect for their times. If you can find a more perfect song for the ‘80s than “Girls Just Want To Have Fun,” with the beat and the lyrics and the look. Barbara Lewis in the ‘60s, same thing. They’re still holding to the doo wop thing, but they’re moving on into surf.

Totally. And if I’m not mistaken, by 1963 youth culture had gone surf crazy, right? With Gidget and beach party movies.

Oh, absolutely. And for that era, [“Hello Stranger”] was so perfect as a romantic counterpart to the party music. I was 13 when it came out, and I loved it from the first time I heard it. It’s subtle compared to Mitch Ryder and the Detroit Wheels “Sock it to Me, Baby.”

When you were curating this mix of music, was there a memory that stuck out to you that you were drawing on? Some moment in time the vibe of which you were trying to capture?

Let me start by saying that curating means I didn’t use some music, which is true. There were some charting songs that I would just call drek. So Summer Songs is definitely curated. I think for me, personally, out of all the bands through all the years, when I hear The Moody Blues it just brings me back to black lights and posters, first apartment, all that stuff. Good times. They weren’t your typical rock n’ roll. They were trying to take us to a higher place, no pun intended. I always lean toward them.

That’s some Electro Lounge crossover, there!

Exactly. It’s funny. Everybody had to do dub. Even Bruce. We get to have “Johnny B. Good” by Peter Tosh for six minutes. Luckily that one came out in the summer, because there were plenty of Beatles songs that I wanted to include, but couldn’t. But Revolver came out in the summer so that’s on there. Deja Vu by Crosby, Stills, Nash and Young is on there, too.

My answer, and this won’t be one that anyone else will pick, “Summertime” by George Gershwin, 1935. Billie Holiday recorded her version in ‘36. Janis Joplin I saw do it live. Gershwin’s my favorite composer.

All the way up to Lana Del Ray covering Sublime’s version, right?

Oh, nice! Yes. And Louis Armstrong’s version is very good, as well. Also, Deep Dive Corp. “Summertime (Sweat Mix)”; that’s a great one. Look that one up after we talk.

Listen to Summer Songs on Anthology on 89.9 HD 3, on the WJCT app or by clicking here.

In this article: 89.9, Anthology, David Luckin, hd 3 and Summer Songs