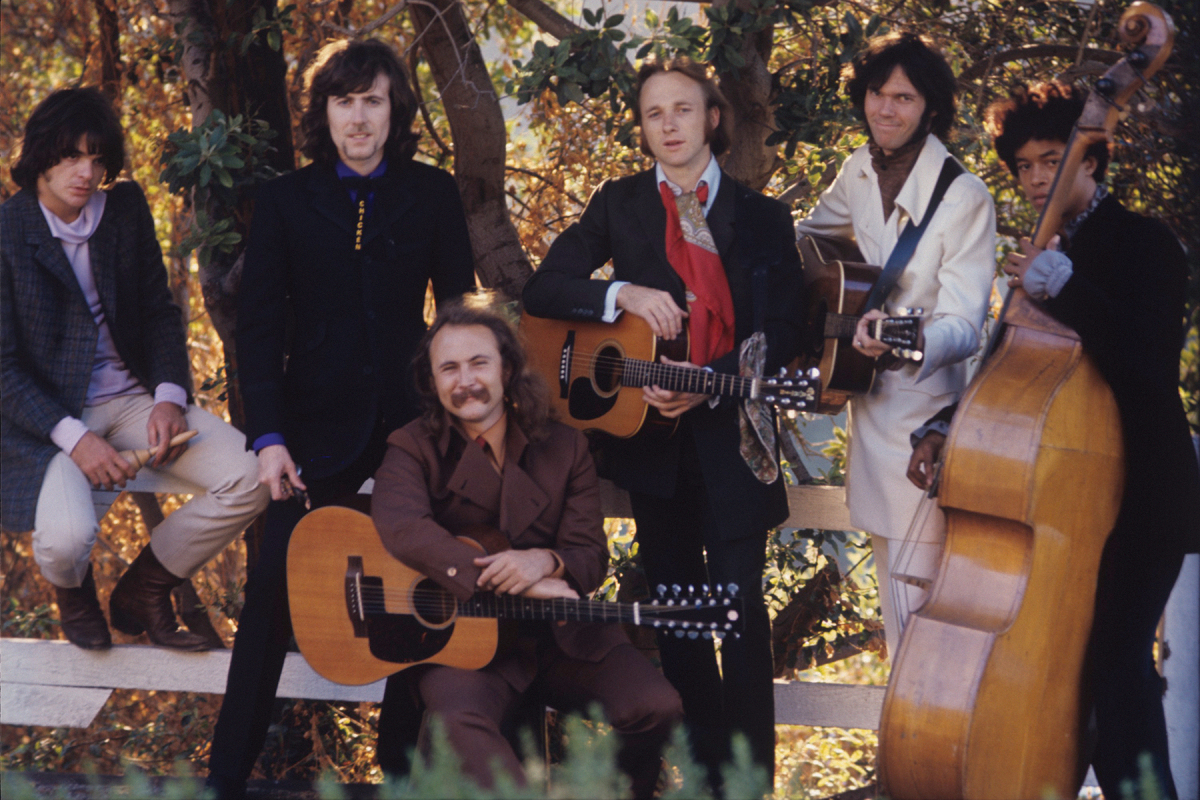 In 1969, the supergroup consisting of David Crosby, Stephen Stills and Graham Nash, who’d recently formed Crosby, Stills & Nash, became even more super, moving their ampersand and adding guitarist and emerging singer-songwriter Neil Young for a run of shows, including the Woodstock Music and Art Fair. The group set about recording an album later that year, bouncing between the late-60s counterculture meccas of San Francisco and Los Angeles, with Young bringing in his own tracks for the group to add its singular harmonies.

The resulting album, Déjà Vu, which included songwriting contributions from each member plus Joni Mitchell, was a critical and commercial success when it came out in March of 1970, topping the pop charts soon after its release. More than 50 years later, the influence of Déjà Vu is immeasurable, and its widely considered one of the best albums of all time.

The record recently got a reissue in the form an expansive 4-CD/1-LP deluxe box set, featuring a remastered version of the album and more than two hours of demos, outtakes and alternate takes. Only 10,000 copies were released worldwide for July’s Record Store Day. And WJCT and JME listeners can get their hands on the digital download, all 48-tracks, simply by listening in to Turntable Tuesday on Anthology on 89.9 HD3 or on the WJCT app. You can also listen here.

Tune in on Tuesday, July 20 at 9 p.m. to hear the remastered version of Crosby, Stills, Nash & Young’s seminal album and earn your chance to win a digital download of the record.