Here’s what JME contributors are spinning this summer. 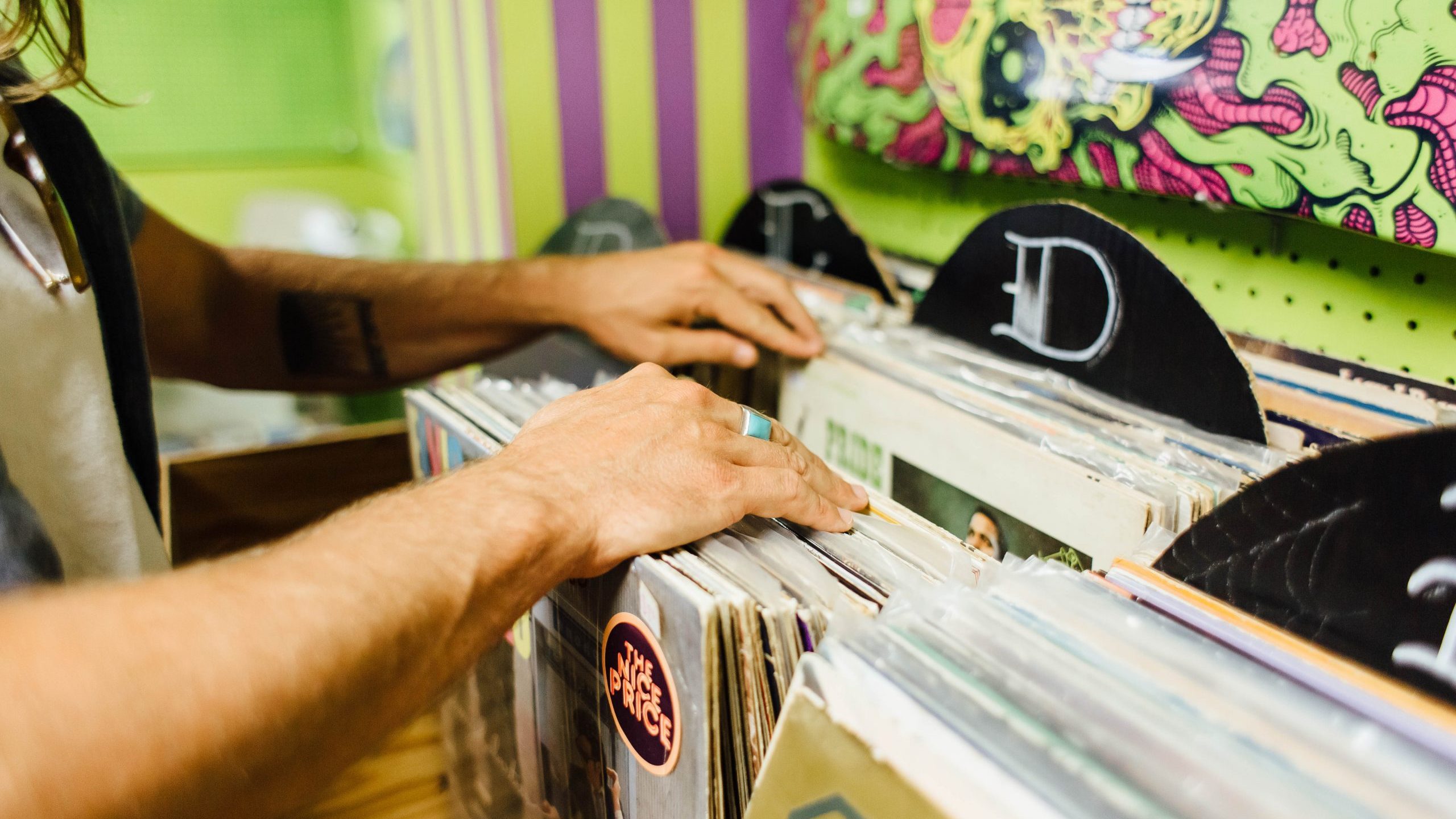 In Northeast Florida, seasonality is loosely defined. There’s no snow (the flurry of ‘89, notwithstanding). But, unlike our tropical neighbors a few ticks south, we don’t quite enjoy an endless summer.

There are some positives to this negotiation, of course––we can spend more time outdoors, largely avoiding moon-tans and Seasonal Affective Disorders.

For music lovers, the changes in weather, temperature and mood are rung in with different listening habits. What pairs well with 90-plus-degree-temps, a cold beverage, and a wardrobe of linens, shorts, and (gulp) flip flops? We’ll offer that just because you might soon be invited on a boat, doesn’t mean you need to be cranking the yacht rock to eleven.

Summer music is often described as breezy, carefree, even superficial. That doesn’t have to be the case.

With our subtropical climate soon to reflect more tropical weather patterns, we asked our Jacksonville Music Experience contributors to share an album they’ll be spinning this summer (or are doing so already; it’s May after all).

The Sun of Latin Music was Eddie Palmieri’s first release on Coco Records, bolstering the fledgling label with mega hits like “Nada De Ti” and “Nunca Contigo.” The record marries Latin rhythms like guaguanco, danzón and cumbia with jazz roots. The vocal performances by Lalo Rodriguez, Palmieri’s singer at the time, would prove game changing, influencing the way salsa music would be sung from that point on. It’s a versatile album, and, of course, highly danceable. In my house, when the windows go up, salsa blares out; often, it’s this record.

No Time for Dreaming, Charles Bradley (2011)

In February of 2016, a friend invited me to see the late Charles Bradley at the Ponte Vedra Concert Hall. I wasn’t familiar with his work, but the show remains a highlight for me. It was winter, but Bradley was hot. His raspy, defiant voice. His integration of funk and soul; he was a truly singular artist. I scooped up No Time for Dreaming, Bradley’s debut on Daptone Records, soon after and it’s been in my rotation ever since. It’s a record that’s capable of cooling you down or warming you up––great for a summer evening. Or any evening for that matter.

Holiday In Hawaii, The Halo Hawaiians (1957)

My favorite of the dozen or so Hawaiian comps I’ve copped over the years, Holiday in Hawaii has a relatively indistinguishable cover featuring a cute kid and cuter puppy wrapped in a beach blanket, both mugging for the camera. Credited to The Halo Hawaiians, there are no liner notes identifying the players. As was the case on many similar albums, in those days a record company would hire musicians for a one-time fee and release the compilation under a name such as Holiday In Hawaii.

I spent 50 cents on this record, and it’s certainly earned its keep as far as price per spin goes.

Hawaiian records proliferated in the mid-50s and early 60s. Many include the same set of popular songs––“Hilo”, “Aloha Oe”, “I Found a Girl in a Grass Skirt”, “On the Beach in Waikiki”––and were, more often than not, recorded by the same group of musicians, many of whom were plucked from bands playing at the Royal Hawaiian or other such fancy hotels on the beaches of Waikiki.

Though what we popularly refer to as Hawaiian music is a fairly modern construct, the songs on Holiday artfully fuse jazz and swing with percussive ukulele strums and Polynesian folk melodies to create an enjoyably languid and airy sound that’s fitting for summer, especially when the hibiscus start to bloom in Northeast Florida.

While you’re not likely to find another copy of Holiday In Hawaii, if next time you’re on the hunt you do come upon a record featuring any sequence of the tracks listed above, grab it.

Koney is the first solo record from Kansas City songwriter Konnor Ervin, a core member of the band Shy Boys who busted on the scene in 2014 with a raved-about self-titled debut of “land-locked surf music.” Koney’s careful crafting highlights the nuanced understanding Ervin developed over two subsequent records released in the half-decade since Shy Boys. Koney fits the warm-and-breezy bill, with light, airy vocals, Ervin waxing poetically over chill-but-deep grooves. To be fair, this record sounds really good in the spring and fall, as well. But it’s a wonderfully appropriate reprieve for summer days, when nothing sounds better than lying prostrate on the cold floor. You can simultaneously get lost in the simplicity while realizing it’s not as simple as it may seem. It’s timeless and gets better with every listen; just whatever you do, don’t listen to it in the winter.

I grew up in Jacksonville Beach, a mile from the ocean, and saw the sea as a vast, taunting bully. I wish I could make this up, but the first time I ever walked to the beach I stepped on a cactus; moments later I raced down into the ocean to cool my feet and leapt directly into rusty tackle (no relation to the adult-film star of the same name).

While Pussy Galore’s seminally puerile Groovy Hate F*** was released in June of 1986, the D.C.-to-NYC group weren’t prone to beachcombing. I discovered this album at the Music Shop in Jax Beach. I bought it for three reasons: the band name, the album title, and the four scowling, vaguely death-rocker-looking youths standing (inexplicably) in a field.

Album cuts like “Spin Out,” “Get Out,” “Constant Pain” and that summer-love classic, “Kill Yourself,” spoke to me. At that age I was already nearly six-feet tall and was so pale that my body rejected suntan lotion. I looked like I would spontaneously combust. I was essentially like that kid in the film Powder, only less popular, and less flame retardant.

I’m 49 and I still love Groovy Hate F***. And ignore the beach like a Dracula avoids a garlic surfboard.

I first saw Liz Cooper and the Stampede in Charleston, SC. As they became my favorite band, I saw them twice more in Savannah, GA and then Downtown Jacksonville. The cursed pandemic cost me three more opportunities. And that wasn’t even the worst thing about 2020; I let a friend borrow my copy of Cooper and the Stampede’s debut, 2018’s Window Flowers––a nourishing, colorful platter that deploys ecstasy and joy as key ingredients––and now we’re no longer speaking. Worse yet, members of the Nashville-based band have since gone their separate ways. I hope they’ll return someday. But I’d settle for having this record back.

In this article: Charles Bradley, Konnor Ervin, Liz Cooper and the Stampede, Pussy Galore and The Halo Hawaiians