Liner Notes | Bebe Deluxe is Not Asking for Your Respect 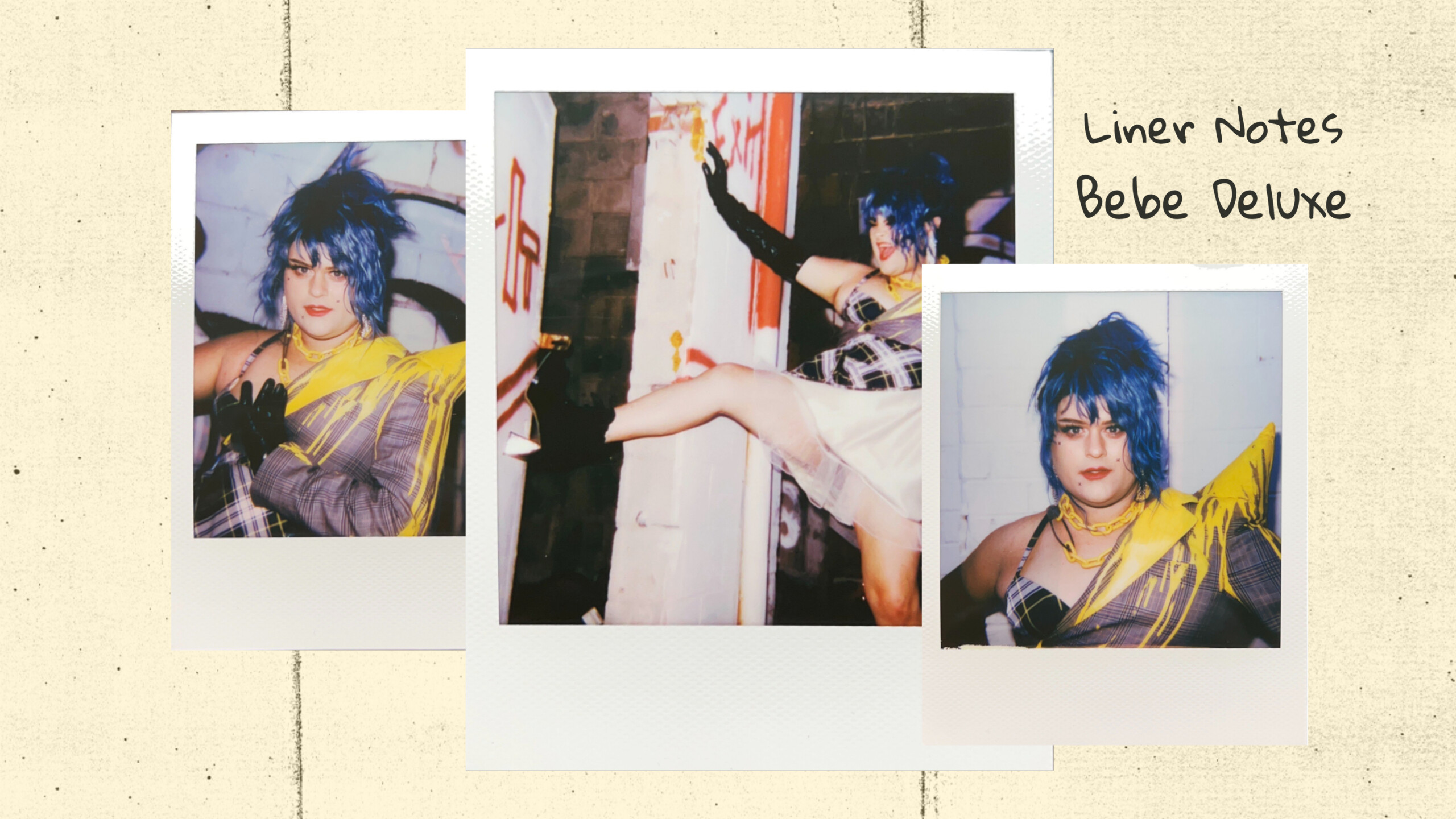 Bebe Deluxe has been cranking out distinctive electropop for a few years now. And she’s one of several Jacksonville artists who seemed to come out of the pandemic with a sense of urgency and a renewed creative drive. Deluxe has been performing at a heavy clip recently, and was even invited to play this year’s SXSW back in March.

And now, she’s released the gritty electroclash-inspired number “Hard Femme,” a song about self-respect, affirmation and celebrating one’s individuality — especially pertinent topics in Florida where, between the passage of a state law widely criticized as the “don’t say gay bill” and legislation introduced that would limit gender affirming care, the queer and trans communities feel increasingly under attack.

Deluxe released a music video for “Hard Femme” last week. In it, Deluxe — who is transgender — participates in the kidnapping of a public official, who is then gender-reassigned and married off, among other coercive acts. While the concept is sure to strike some as controversial, Deluxe argues that the satirical short only flips the mirror on those who would regulate others’ bodily autonomy.

Deluxe stopped by WJCT studios recently to talk about the making of “Hard Femme” for our latest edition of Liner Notes (Listen below or scroll down for full transcript).

The transcript of this interview has been edited for length and clarity.

So, I wanted to start by asking about your songwriting process. And how “Hard Femme” came together. Are you someone that starts with music or lyrics first, or a thread of an idea?

I would say it’s never just one thing every single time. I do think that “Hard Femme” probably came from an idea, certainly. And I actually started writing this song back in 2016, which was the beginning of me coming into my transness and kind of asking myself those deconstructing questions about gender. And “Hard Femme” for me was a place where I felt like I was being pulled in two directions. So one was, like, I needed to be this, like, masculine man that I was born into. And the other part was like, Okay, well, if you’re going to be queer, if you’re going to be feminine, you have to be, like, softer and more palatable and, you know, sweeter and don’t speak your mind as much. And I just, I don’t believe in that.

So I remember at a certain time in my life, anytime I’d perform, because I would like dress a certain way. Or I would, you know, be wearing women’s clothing, but I’d have chest hair and leg hair, or like a beard, people really felt like they could just put their hands on me. It really started to affect my psyche, it was like, I wasn’t a real person. In those moments, I wasn’t, you know, I was just, I was so amusing, or so exciting, or so outside of the norm, that people thought that they could completely supersede personal boundaries, and like, put their hands on my chest or put their hands on my butt.

And, and then the rest of [the song] just kind of came naturally. It’s like, using that feeling of frustration. I started to write the chords and, you know, I just wanted people to start respecting the fact that I was hard femme. And if they didn’t know what hard femme was, I was gonna try to define it for them and less than four minutes.

And this tune, sonically, is unique from some of your other output. A little grittier. I remember we were messaging when you released it about the dirty bass sounds you got on this one and you mentioned Fischerspooner. What kinds of inspiration were you drawing on for the mix here?

Well, I have to give a major shout out to my longtime friend and collaborator Virtual Baptism. He’s my good friend, Joe. And he inevitably produced the entire track. I sent him stems of a rudimentary version of what he ended up coming up with.

But the bass was really important because I wanted to have that like, deep in your chest. Or like, you know, when you hear like a really good song that just gives you strength, you walk a little harder, you know, in your head, you’re kind of like on a movie for a minute. I wanted that driving moment of determination of like, something that I could put in my headphones, when I was, you know, dressed up in like a real gender-queer outfit having to go somewhere. I could put my headphones in and listen to that and feel powerful, even in a room where my bodily autonomy could be taken from me at any moment.

It’s a good segue to talking about the video that’s dropping. Certainly, there’ll be folks who watched this video and feel uncomfortable. Can you tell us about the video for the song and and what point you’re trying to get across?

Yeah, so I kind of knew when we started making it, especially when we started filming it like, oh, some people are gonna watch this and they’re going to think of it to the 11th degree. But my opinion is, we’re doing it more stylistically. We’re just flipping the script around because we call the “Hard Femme” video and exercise in empathy — radical empathy. Because these transphobic governors — that’s the new hot thing to be a transphobic governor. It’s very in for 2022. They think that they’re acting in the best interest of all people and trans people. They think they’re helping us and they don’t know anything about us. They aren’t trans themselves. They don’t know any trans people. So they’re making all of these decisions for us in what they declare to be empathy, and they’re just dead wrong and violent, dangerous towards us.

So [for the video] we created a scenario where we take somebody who was perfectly fine the way they were, and we cram them into a tiny little box. We push a gender on to them that they didn’t ask for. We put them in a marriage that doesn’t work for them. We give surgeries to them that don’t work and they don’t consent to. And at the end of it, when they aren’t what we need, we sacrifice them in the name of our message.

“Hard Femme” is streaming on all streaming platforms right now, and also playing on the Independent 89.9 HD4 in our local spot at 20-minutes after the hour. Thank you, Bebe, for being here.

Thank you. Watch my video.

On ‘No Rules Sandy,’ Sylvan Esso finds freedom outside the formula

Fresh Squeeze | The Best New Music of the Month

Want more live music? We got you…
Ways to Listen