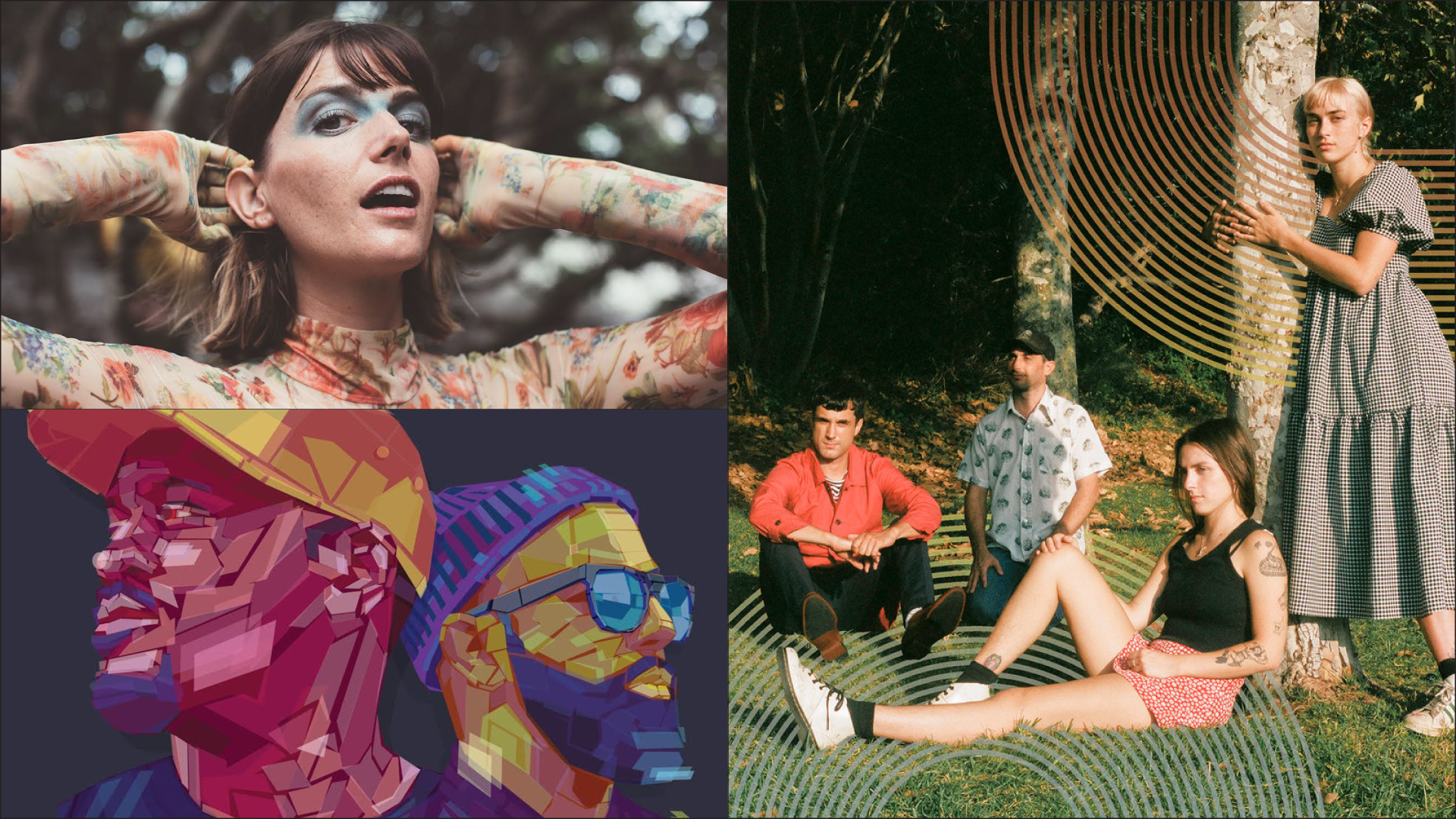 Mylee Grace migrates melancholy love to sunshiny beats in her new tune “Someday Song” from her forthcoming album Whiplash in the Moshpit. Grace, the whimsical woman behind bands Mylee and The Milkshakes and Mylee Grace and Ozzy Wrong Songs, is strummy sweet on her debut solo album. Still, she doesn’t hide her rock-and-roll lifestyle with lyrics like “Whiplash in the moshpit baby / you always were my biggest fan.” The bummer-pop tune is a splash of hope in the face of anyone feeling that life is devoid of meaning, leaving the listener dripping with sanguine thoughts like “We’ll work it out someday / when I say someday  / it could be today / right now.”–Rain Henderson

There will always be room for introspection in hip-hop. A standard bearer of the genre, Tall Black Guy once again makes himself comfortable in the house of contemplative hip-hop. The Detroit producer is known to invite various underground and/or up-and-coming artists into his fortress of solitude, and on his latest, “Runnin Away”, formidable storyteller Ozay Moore paid a visit to TBG’s home studio. With Ozay preaching the sermon, and former American Idol contestant Malaya coating the song with soft melodies over TBG’s singular jazz and boom-bap fusion “Runnin Away” asks the audience, not to flee, but to face a range of difficult topics head on. It’s a song worth running into.–Al Pete

“Obvious to You” by Le Pain

In somewhat of a departure from their first release, LA-based quartet Le Pain’s second single, “Obvious to You” is sung mostly in English. But like their debut “Troisième Groupe”, the French-pop-esque quartet led by sister act Madeline and Olivia Babuka Black is charmingly twee on the sweetly sung “Obvious to You.” Deploying cheerful guitar and sparkly synths, the band’s music (and this song specifically) begs the question: “Does it always have to be such a big deal?” Throw “Obvious to You” on during your next pre- or post-work commute, or on a weekend drive to the beach, and let the weight of the world fall from your shoulders––which are now involuntarily swaying to Le Pain’s confectionery melodies.–Matthew Shaw