From LaVilla to Coachella | The enduring, expanding legacy of “Lift Ev’ry Voice and Sing” 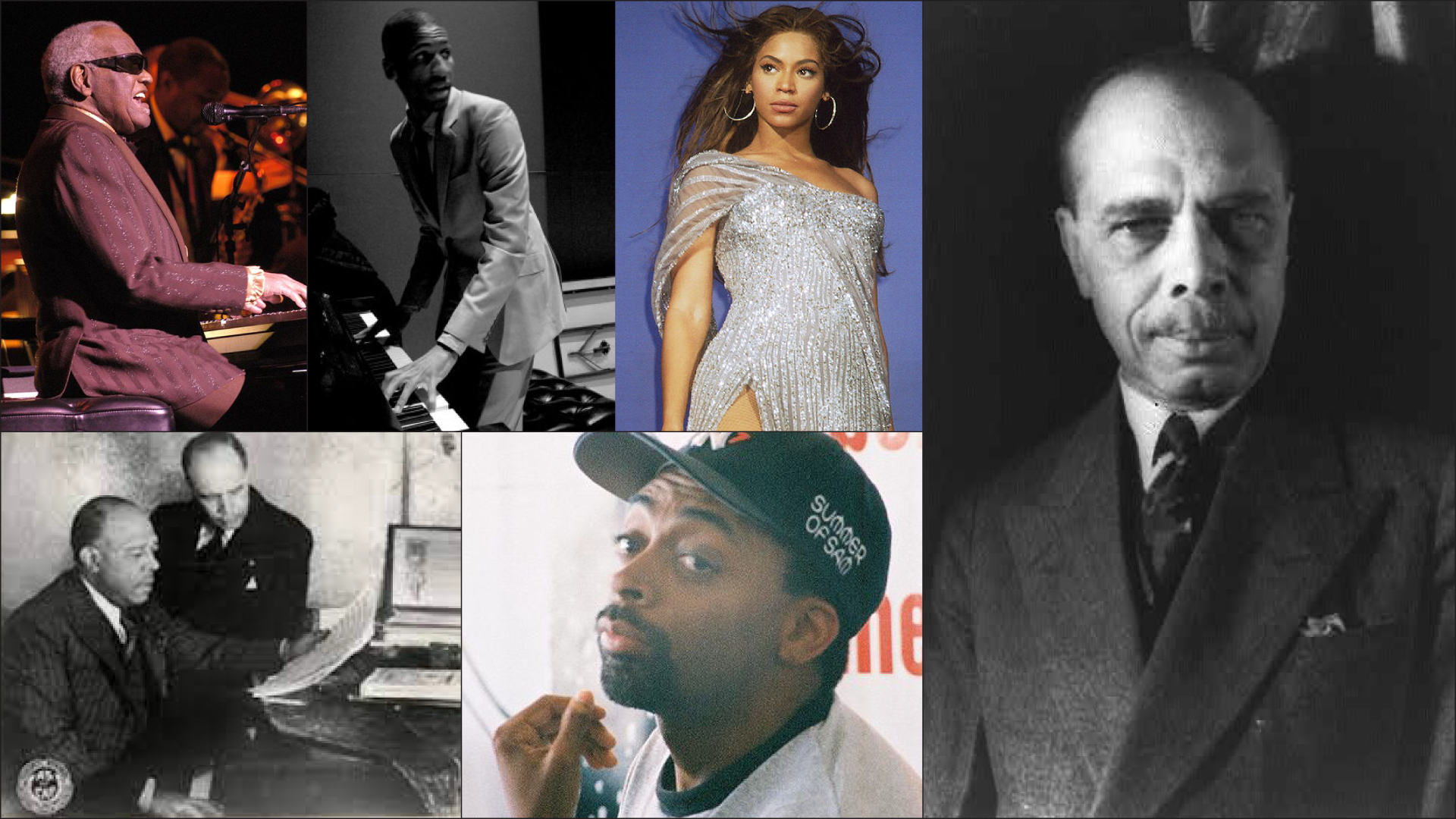 It was 1919 when the NAACP first declared that “Lift Ev’ry Voice and Sing” was the official Negro National Anthem; that status has never been challenged. Indeed, the passage of time has only burnished the patina of prestige affixed to the song, written in verse by James Weldon Johnson and set to music by his brother John Rosamond. The song stands as the single greatest contribution that Jacksonville has ever made to American culture.

“Johnson’s poetry was built on a foundation of strength and determination,” says Ben Frazier, longtime news anchor and founder of the Northside Coalition of Jacksonville, which has taken the lead in directing Black activism and social protests around the city. “At the time when he wrote this poem, lynchings and other acts of violence against Black Americans were on the rise, especially here in Florida.”

From LaVilla to Coachella

The wave of wokeness that’s washed over our nation has helped throw a spotlight on aspects of our shared history that had been previously overlooked, and the Johnson brothers’ masterpiece has been a main beneficiary. Pop superstar Beyoncé included the song in her monumental headlining set at Coachella in 2018. Multi-instrumentalist and Late Night with Stephen Colbert band leader Jonathan Batiste infused “Lift Ev’ry Voice” with the “Star Spangled Banner” to kick off the 2020 NBA season. The NFL featured it at every game during Week 1 of the 2020 season, as a gesture of respect to its players and others active in the mass protests that occurred that year.

This trend was begun long, long ago, by our Historically Black Colleges and Universities (HBCUs), whose mere existence epitomizes the struggle portrayed in the song. The Florida A&M University band, for example, has played it at football games, before the “Star-Spangled Banner”, for decades. One of their professors, Dr. Longineu Parsons, is a Jacksonville native and veteran jazz trumpeter with more than 50 years’ experience.

“What makes the thing really matter is not necessarily the catchiness of the tune,” says Parsons, who has played it more times than he can count. “It’s the meaning, and what it’s about. Those of us who grew up in Jim Crow used to sing that in our segregated schools; we knew what it really meant from the time we were little kids. That’s what it really is, more so than the construction of the music. But, as a theorist, the music is very well constructed; it’s great, great craftsmanship.”

Among the hundreds of recorded versions, almost all stay faithful to the original tempo and arrangement. “It’s still the same song, so you’re playing the same melody,” says Dr. Parsons. “Commonly, the trumpet is pitched in B flat, so you have to read it up a step in order to sound the correct notes. The idea is that you want to make the song sing.” Even in jazz, which is based on improvisation and creative interpretation of harmonics, this is one song where liberties are rarely taken. After all, it was original designed as almost a hymn, an inspiration piece for vocal chorus, and subsequent takes always endeavor to keep that same energy.

Now, for my money (literally), the best version I’ve ever heard of the song was done by Ray Charles on the criminally underrated Dick Cavett Show in September 1972. It’s one of the very few versions to take any real liberties with the tempo or melody, infusing a strong R&B flavor over an infectious shuffle-beat. It’s just slightly more raucous than the studio version, which may well be the all-time definitive take on the tune.

To this day, while the lyrics are rarely presented out of their full context, that catchy melody is apt to pop up in all sorts of places, in all sorts of ways. The first notable recording was by the Manhattan Harmony Four in 1923, and it figured into film soundtracks as early as 1939. Branford Marsalis’ played it solo on soprano sax for the opening credits of director Spike Lee’s 1989 opus Do the Right Thing, some 50 years later, and that might be the most well-known version. Other notable jazz versions include a December 2020 take by Preservation Hall Jazz Band and a languid solo piano take by Cyrus Chestnut from 2009. All of these can be considered essential listening.

But the origins of the Black National Anthem were hardly anthemic. “Lift Every Voice and Sing” was born as a hymn, written by James Weldon in 1900. While it does work just fine as pure poetry, it’s the music that really brings out the majesty of the composition.

Last year’s nationwide social protests resulted in the rebranding of much real estate in Northeast Florida, and the song figures prominently into those changes. In February, ground was broken on Lift Ev’ry Voice and Sing Park, at 120 Lee Street in the LaVilla neighborhood of Jacksonville. The Johnson brothers were born at that location; James would’ve been 150 on June 17. Less than a mile away is what was once known as Hemming Park. Built in 1857, the plaza was renamed James Weldon Johnson Park in August 2020, right after its notorious Confederate soldier statue was consigned to the ash-heap of history.

Right across the street from Johnson Park stands a large 3D mural of an iconic statue called “The Harp” by Augusta Savage (1892-1962). The artist, who also figured prominently in the Harlem Renaissance, was a contemporary of the Johnson brothers, and she grew up not far away, in Green Cove Springs. “The Harp” is one of her signature works, but it holds a place of mild infamy in the art world. She originally named it after Johnson’s song, but event organizers pressed her to change it, perhaps for the sake of marketability, or maybe not to ruffle feathers, as the song had already been long cherished in activist circles.

The piece was commissioned for the World’s Fair of 1939, where it was a massive hit. The original plaster sculpture, which stood some 16 feet tall, was destroyed after the event because she could not afford to have it properly cast. The original souvenir models and artwork are highly-prized collectibles today (one copy sold for $21,250 in 2019), and there is even talk of someday recreating it to the artist’s specifications. Lift Ev’ry Voice and Sing Park is a possible location.

For now, however, the full-scale mural downtown is the best version known to exist, and it’s one of the more compelling pieces of public art in the city’s urban core. Built in 1928, the Bryan Building stands at the corner of Hogan and Monroe. The upper floor now houses The Lark, which was once a sort of co-work space for artists, and now exists as a gallery and performance space; its grand reopening was July 17. George Saoud, who owns the property, commissioned it last year while remodeling the facility.

“I’d been wanting to have a mural on that spot for quite some time,” he says. Saoud reached out to Jessica Santiago, who runs Art Republic, which has been the driving force behind the rapid spread of public art around the city in the last few years. After selecting Savage as the subject, they reached out to Miami artist Andrew Antonaccio. He and colleague Filio Galvez founded the arts collective 2Alas, and they’ve made names for themselves doing large-scale portraiture in and around South Florida. “I’m really happy that we could make that contribution to the park,” says Saoud, who covered the cost out of pocket, along with a sizable contribution from Dolores Barr-Weaver. “It warms my heart every time I see it.”

Bringing it All Back Home

The Johnson brothers’ legacy can also be felt, quite profoundly, in the same LaVilla area where they spent their youth. Specifically, The Ritz Theatre and Museum, which was built in 1929 and later renovated and reopened in 1999. The Johnson connection is just one of many reasons why LaVilla was long known as “the Harlem of the South”, and they maintain a presence in the space. There are three portraits of the Johnsons on display, one of which was painted by Roosevelt Watson III. Beyond that, the museum houses animatronic statues of the brothers, built by the Sally Corporation. Watching these statues relate the story of their most famous creation is, frankly, really creepy (as animatronics always seem to be), but also compelling.

Even now, after all these years, the song continues to inspire artists and musicians across genres and disciplines. Some 116 years after the song’s creation, the legacy of “Lift Ev’ry Voice and Sing”, and the men who wrote it, can be felt and seen far and wide, and nowhere more so than in the place of their birth. Victory is won, officially.

In this article: Beyoncé, Do The Right Thing, jacksonville, James Weldon Johnson, LaVilla and Lift Ev'ry Voice and Sing