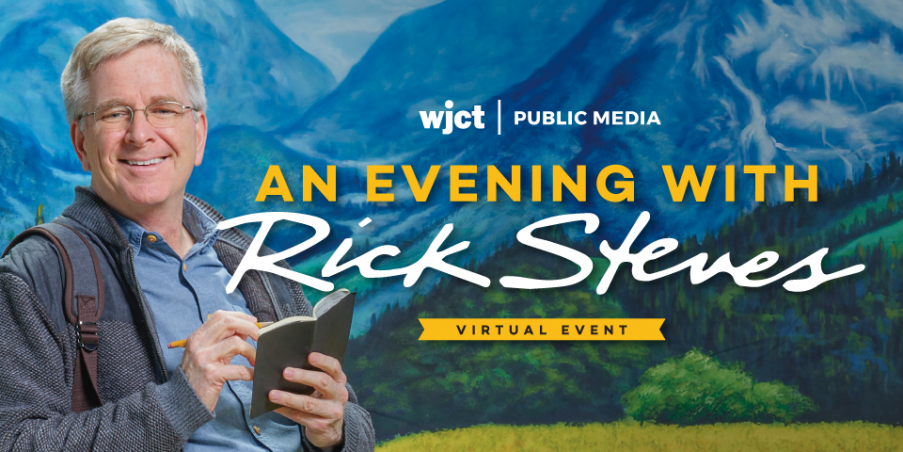 *THIS IS A VIRTUAL EVENT*

Rick Steves is a popular public television host, a best-selling guidebook author, and an outspoken activist who encourages Americans to broaden their perspectives through travel. He is the founder and owner of Rick Steves’ Europe, a travel business with a tour program that brings more than 30,000 people to Europe annually. Rick spends about four months a year in Europe, researching guidebooks, fine-tuning his tour program, filming his TV show, and making new discoveries for travelers. He lives and works in his hometown of Edmonds, Washington, where his office window overlooks his old junior high school.


This event is sponsored in part by