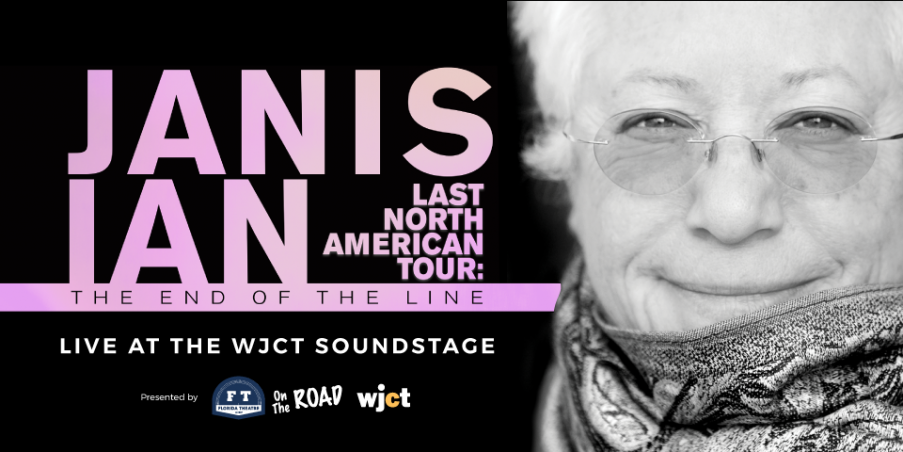 WJCT and the Florida Theatre present Janis Ian, LIVE at the WJCT Soundstage.

Singer-songwriter Janis Ian had an initial burst of fame as a teenager with a precocious gift for social and political commentary as documented on her self-titled 1967 debut album and its hit single, “Society’s Child”. She returned to the public eye in the mid-’70s with deeply personal songs about life and relationships; this era was launched with the albums Stars (1974) and Between the Lines (1975), and a track from the latter album, “At Seventeen,” would become her best-known song. In 1993, after ten years away from the spotlight, Ian re-emerged as an independent artist whose comeback album, Breaking Silence (1993), fused a mature viewpoint on the world around her to an urgent and confident lyrical voice. In each stage of her career, Ian’s lyrics were literate and emotionally honest, even at the age of 14 (when she penned “Society’s Child”), and her vocals have a warmth that reflects strength and vulnerability with equal eloquence.