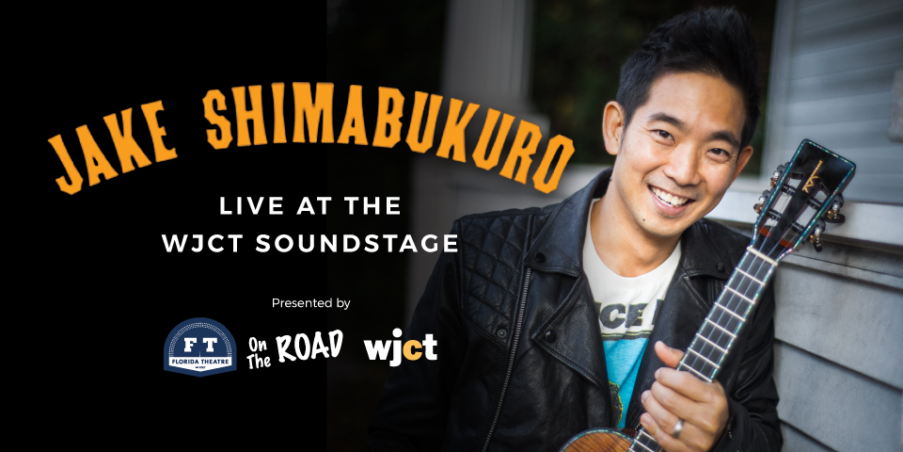 WJCT and the Florida Theatre present Jake Shimabukuro, LIVE at the WJCT Soundstage.

Jake Shimabukuro was already an award winning ukulele player when a 2006 YouTube video of him playing “While My Guitar Gently Weeps” became one of the first-ever viral videos.

Jake’s most recent recording is The Greatest Day (2018), a mixture of new original instrumental compositions plus covers of songs by The Beatles, Ed Sheeran, Jimi Hendrix, and Leonard Cohen.