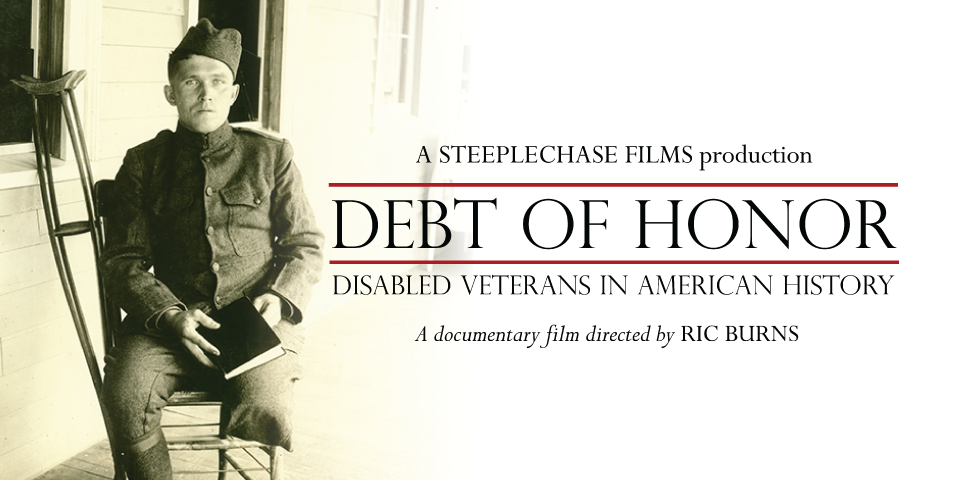 Join WJCT for a moving tribute to the history of disabled veterans. Debt of Honor takes an unflinching look at the reality of warfare and disability, and features interviews with some of the country’s most prominent disabled veterans, including Representative Tammy Duckworth, former Georgia Senator Max Cleland and former Commander of Fort Belvoir Gregory Gadson. Combined with a deep history as narrated by leading scholars in the fields of disability studies, history and psychology, the film palpably illustrates the human cost of war and sacrifices of military service. It is brought to life through carefully curated stills and archival footage from archives across the country.

As advances in field medicine markedly reduce the number of deaths on the battlefield, more veterans are coming home with severe injuries. These soldiers carry both visible and invisible scars of war, and their readjustment back into civilian life is often complicated by the psychological trauma and physical wounds sustained in battle. Today, with the United States fighting the longest war in its history, it has become imperative to create a bridge between civilians and soldiers, forging ties with the 1% of Americans who comprise the nation’s military. Debt of Honor seeks to understand the societal perception of soldiers and the wars they fight. Above all, it seeks to build a new bridge between military and civilian cultures in the United States, to inspire an important dialogue about how Americans treat their veterans, and to impart a message of compassion and mutual understanding.

Admission is free, but space is limited.

Tune in for the complete broadcast of Debt of Honor on WJCT 7.1 Tuesday, November 10 at 9pm.