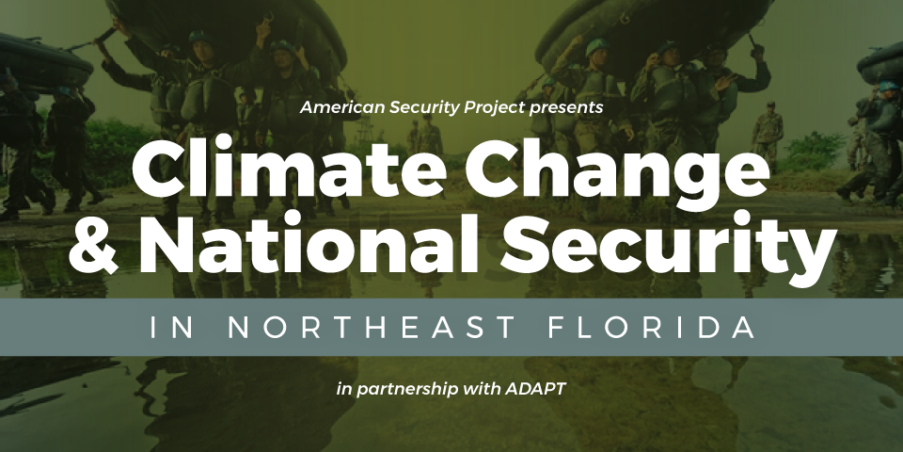 As the home of two major naval installations, a Coast Guard sector headquarters, and a major National Guard base, Jacksonville has an outsized impact on America’s national security. Rising sea levels, more frequent and powerful hurricanes, and increasing temperatures in Florida, however, all threaten training and readiness. Efforts by the City of Jacksonville and local bases are key, both for the local community and Americans who depend on forces stationed in Northeast Florida.

On August 24th, please join the American Security Project for a discussion on the progress made so far, what the future holds, and why combating climate change in the greater Jacksonville area is imperative for America’s national security.

RSVP to the in-person event:

RSVP to the on-line virtual event:

Sign up for all things sea level rise at adaptflorida.org.