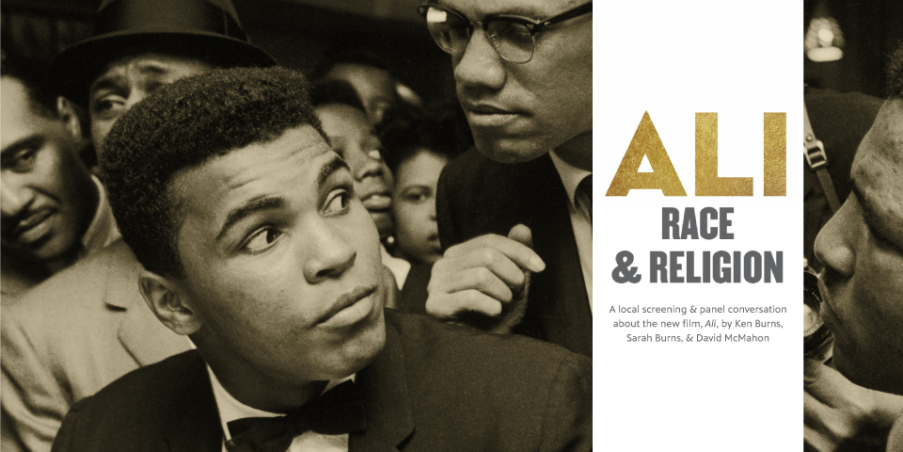 – THIS IS AN ONLINE EVENT –

Join us for a local screening & panel conversation about the new film, Ali, by Ken Burns, Sarah Burns, & David McMahon. Explore the interwoven nature of race and religion in Muhammad Ali’s own life, and its impact on sports, society and culture today.

ABOUT THE FILM
Muhammad Ali brings to life one of the best-known and most indelible figures of the 20th century, a three-time heavyweight boxing champion who captivated millions of fans throughout the world with his mesmerizing combination of speed, grace, and power in the ring, and charm and playful boasting outside of it.