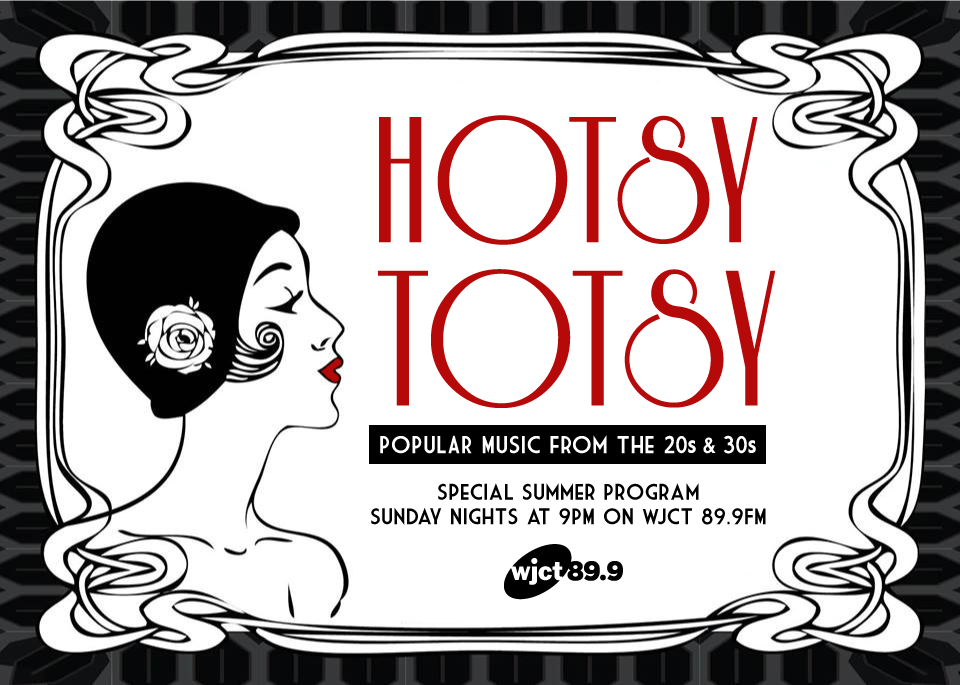 When Luckin came up with the idea for the program, he knew he wanted to play all of these songs on original 78 rpm records to preserve the music’s old-time sound. In addition to hundreds of records from David Luckin’s personal collection and authentic-sounding songs downloaded from the internet, Luckin put out a call to see if anyone was interested in donating records for ‘Hotsy Totsy’. Max Royle, a resident of St. Augustine, Florida, responded to the call — he donated a whopping 800 78s in mint condition.

Preparing these vintage records for the First Coast’s airwaves is a painstaking process: WJCT Engineer Alan Rhodes cleans each record by handwashing both sides with soap and water, and then gives the records to Luckin to digitize. “Each side of any given 78 record is a different song, so Max’s donation gave us 1600 songs to digitize,” says Luckin. “We’re going to digitize them all.” While the digitization process is ongoing, several of these records have already been played on ‘Hotsy Totsy’ and ‘Electro Lounge,’ with more spins to come.

Understanding the songs, most of which were recorded between World War I and World War II, provides better insight into the history of American music and America itself. “We’re preserving American music history and sharing it with the community,” Luckin says, “one 78 at a time.”

‘Hotsy Totsy’ airs Sunday nights at 9 p.m. on 89.9 WJCT-FM all through the summer. Listen on your radio, via online live stream at wjct.org/listen, or with the WJCT app, which is free to download for Apple and Android devices.