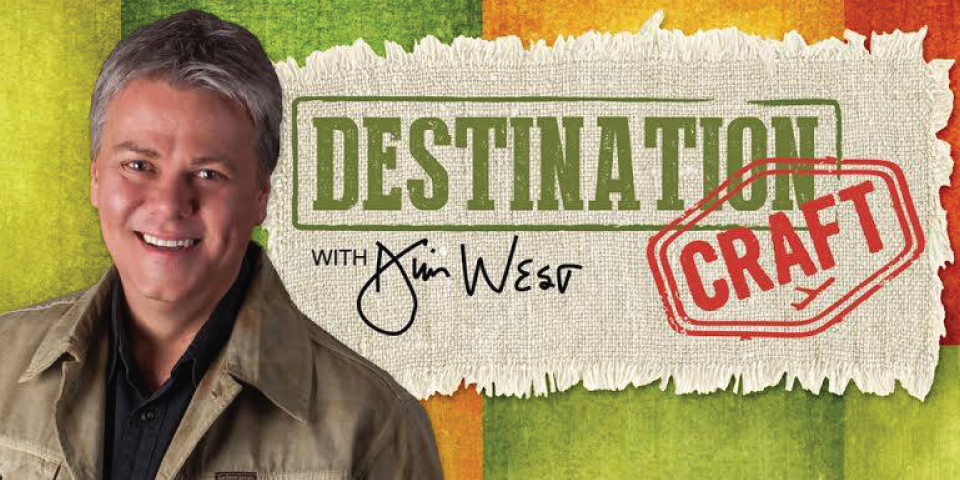 (Jacksonville, FL, December 1, 2016); Beginning December 13th, public television station WJCT opens the door to a brand new chapter in television when it premieres four episodes of a groundbreaking new series – “Destination Craft with Jim West.” For the first time, a television program unites travel and crafts in a captivating 30-minute program shot in high definition. Viewers are taken around the world to exotic destinations as they celebrate and discover the crafts, traditions, culture and scenery of each featured country.

As the presenting station to American Public Television, WJCT is previewing the show in advance of its distribution to public television stations throughout the United States.

“Destination Craft with Jim West” highlights the heart and soul of master artisans around the world who are being elevated to a place where the entire world can appreciate their passion and the unique and special crafts they create.

“I feel blessed to be part of this groundbreaking series and appreciate the opportunity to work with the team at WJCT. We have created 14 episodes for season one and we are currently in preproduction for season two,” said executive producer and celebrity host Jim West.

Travel the globe with Jim West and discover the treasure of crafts that date back centuries in time. Streaming online at wjct.org and on the WJCT mobile app, episodes will also be broadcast on WJCT7-1 (Comcast 8 & 440) on Tuesday afternoons at 1:00PM EST. Beginning on December 13, discover craft treasures in Bali, on December 20 explore the Christmas markets of Germany and Austria, on December 27 craft your way through Guatemala and on January 3 discover treasures in Tuscany.

WJCT’s mission is to use their unique assets as a resource for citizens to come together to celebrate human diversity, experience lifelong learning, and actively engage in matters of civic importance, all to improve the quality of our lives and our community.

Namaste Group Productions, LLC’s mission statement is to “Produce high quality television shows that elevate crafts and the artisans that create them in a unique and passionate manner.”

“Destination Craft with Jim West” is one of nine brand new television shows currently in production or pre-production by the company. Each series is original in its concept and many of the crafts, artisans and concepts for each program have never been featured on television before.

The executive producers and principals of Namaste Group Productions, LLC are Barry Basiliere, Sally Basiliere and Jim West. Each individual comes from a successful business background and brings their creativity, passion, skills and originality to the productions they create.

Like the word Namaste suggests, Namaste Group Productions, LLC respectfully honors the creative soul within people and passionately delivers the very first television production company that focuses its energy on producing high quality craft television shows unlike anything that has been seen before.