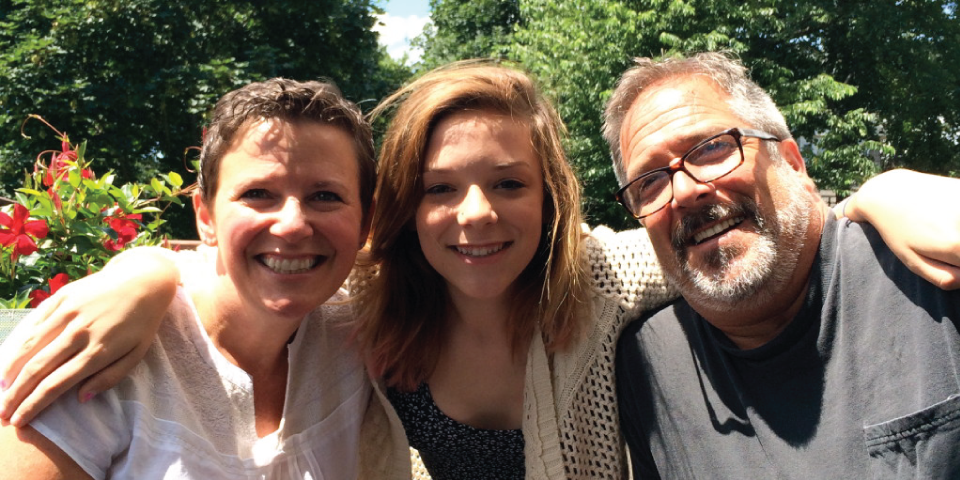 (Jacksonville, FL, June 24, 2015) For the third year in a row, the public radio program State of the Re:Union (SOTRU) will receive the prestigious Edward R. Murrow Award. The Radio Television Digital News Association (RTDNA) awarded the honor in the category of news documentary for the Trans Families episode produced by Tina Antolini. When a transgender individual transitions, the impact of that decision ripples beyond them to their families. This award-winning hour of SOTRU tells stories of transpeople and their families at many different moments of life, from childhood to adulthood to elders, as parents, as spouses and as kids, themselves. The Radio Television Digital News Association also awarded the Trans Families program a Kaleidoscope Award for outstanding achievements in the coverage of diversity. Winning entrants will be invited to join RTDNA at the Edward R. Murrow Awards Gala at Gotham Hall in New York City, October 12, 2015.

Edward R. Murrow Awards recognize work of the highest quality produced by radio, television and online news organizations around the world. State of The Re:Union is a public radio program hosted by Al Letson that brings listeners a new view of American cities and cultural communities. State of The Re:Union takes listeners on a journey to discover the stories of real people in communities across America who are working to build better lives and neighborhoods. It is also an odyssey of new Americana through the music, poetry, interviews and contributions of local residents from a featured town or city.

The program got its start when Letson won PRX’s Public Radio Talent Quest, a competition launched and funded by the Corporation for Public Broadcasting to identify and bring fresh, diverse voices to public radio.

State of the Re:Union recently completed its fifth and final season of production. Archived episodes will continue to be available for broadcast, and new podcasts will be released throughout 2015. The program is supported by funding from the Corporation for Public Broadcasting and the Delores Barr Weaver Fund at the Community Foundation for Northeast Florida and is distributed by PRX, the Public Radio Exchange.

State of the Re:Union is presented by WJCT, public broadcasting for the First Coast. WJCT is your community, your world. For more information on WJCT’s in-depth programming content, log on to WJCT Online at wjct.org.